If I have 10GB hotspot why does this imply that I have Unlimited LTE data? 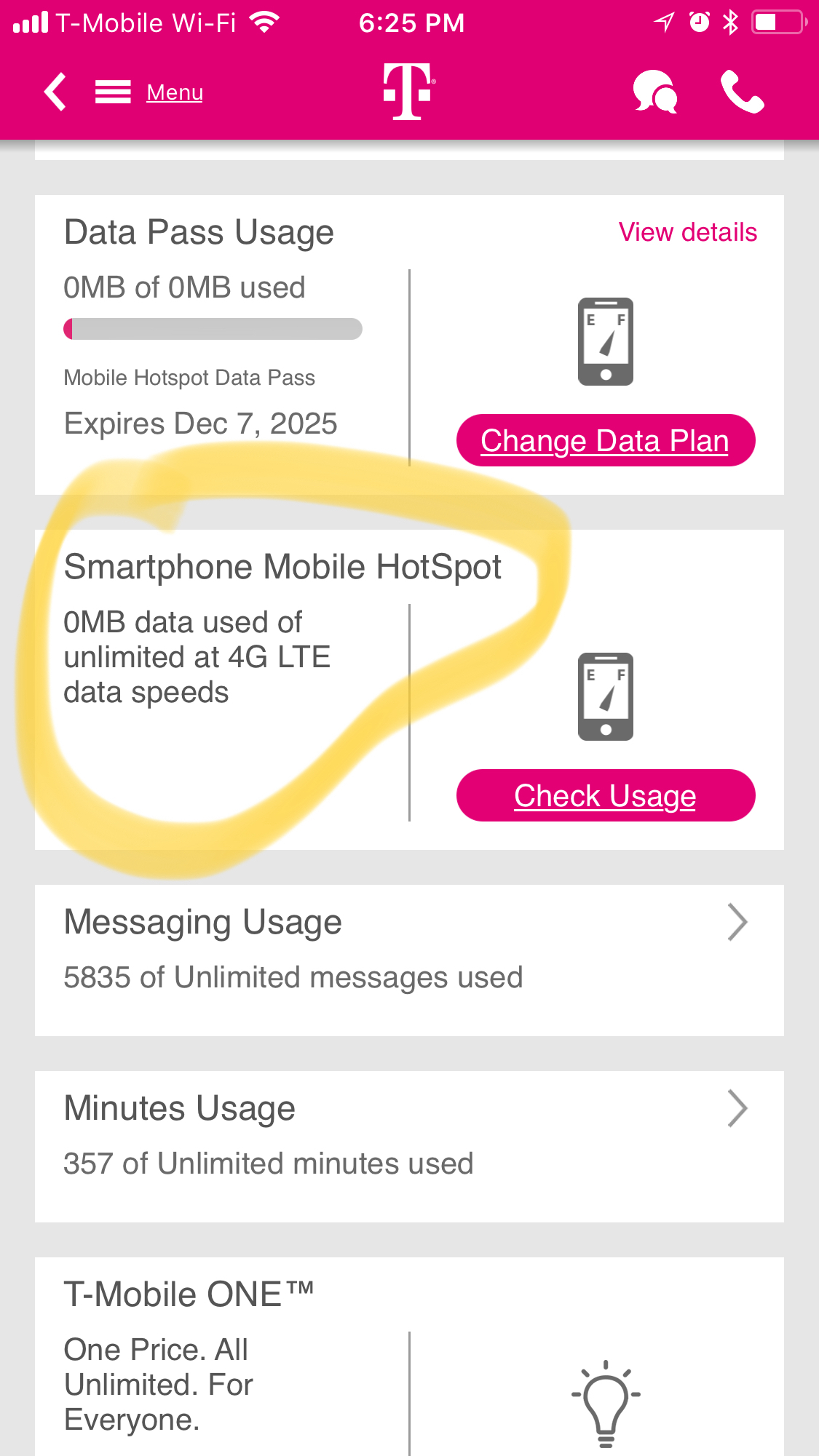 I should state that this is the case with all version of the app on Android and iOS. Always has been.

Perhaps it is either poorly worded or is just incorrect altogether.

Definitely could see how that would be confusing. The app team isn't within our wheelhouse, but I am going to go ahead and get these screenshots sent off to the contacts we do have.

We don’t have an answer yet.

Soon as we do I’ll mark it as such.

Any updated information on this topic?

Hey y'all! Just wanted to check in here and let you know that Lauren's waiting to hear back on this -- she's going to touch base with our contact and see if there's anything new to report and will follow up here ASAP. Thanks for your patience!

Just chiming in because I haven't heard back, but to confirm I am still following up!

Lauren still has not heard back on this yet but she will definitely follow up with you once she does. For the time being, we are going to mark Lauren’s response correct (where she stated she would send this up) until we have an official word back from the support teams.

Ok thanks. I figure the wording is just incorrect. A lot about the app is a bit confusing. Navigation, wording, flow, features that are unexplained like the "tests" that are run.

Hey guys I know you all really want to mark this thread off the open question list. But until we have an answer, we don't have an answer. Thanks.

I don't mean to sound obstinate mind you.

I hear ya, no worries!

Nothing as of yet. will be back in the office Monday.

And by Monday I mean Tuesday lolol.

​, Lauren is back but the contact she's been working with is out for the holidays. Just want you to know that we didn't forget about this and she'll circle back ASAP!

Over one entire calendar month has passed since this thread was created.

At this point I would expect an overhaul of the app. Much time has gone by since the last updates that were of any significant Improvement. Again features should be cross-platform between Android and iPhone and wording should be corrected to better clarify.  There are still several features within the app that are left unexplained such as Hotspot usage and which particular tests are run. Also the app is still using a lot of background resource memory. Even when Diagnostics is turned off.

It may be time to look back at all of the feedback received from within the app and about the app from other sources and perhaps take action upon those suggestions.

Again this is the most important portal for customers on the T-Mobile network. This is the Hub from which bills are paid feedback is received and actions are taken by the customer. It stands to reason that this would be the most focused upon sector in customer service and communication to and from customers and T-Mobile. So in that light it is imperative that all things work and are clear.

Many customers have already voiced an interest in helping to improve the app yet there is little to vague information received as to the progress of the app and its direction.

I haven't gotten any definitive answers yet, mostly a lot of out of offices for the holidays and people passing off to others. We are still trying to track some info down. The team that handles the app is separate from ours, so I can't speak to their bandwidth or what is prioritized in the app, or a timeline on a fix. What I can tell you is that we are passing the info along and as soon as I know more I will be sure to advise as such. 😊

I am sort of hoping some other users chime in, as often the more user data/posts there are, the more spotlight is put on things. But even so, I'll make sure we keep following up. 😊 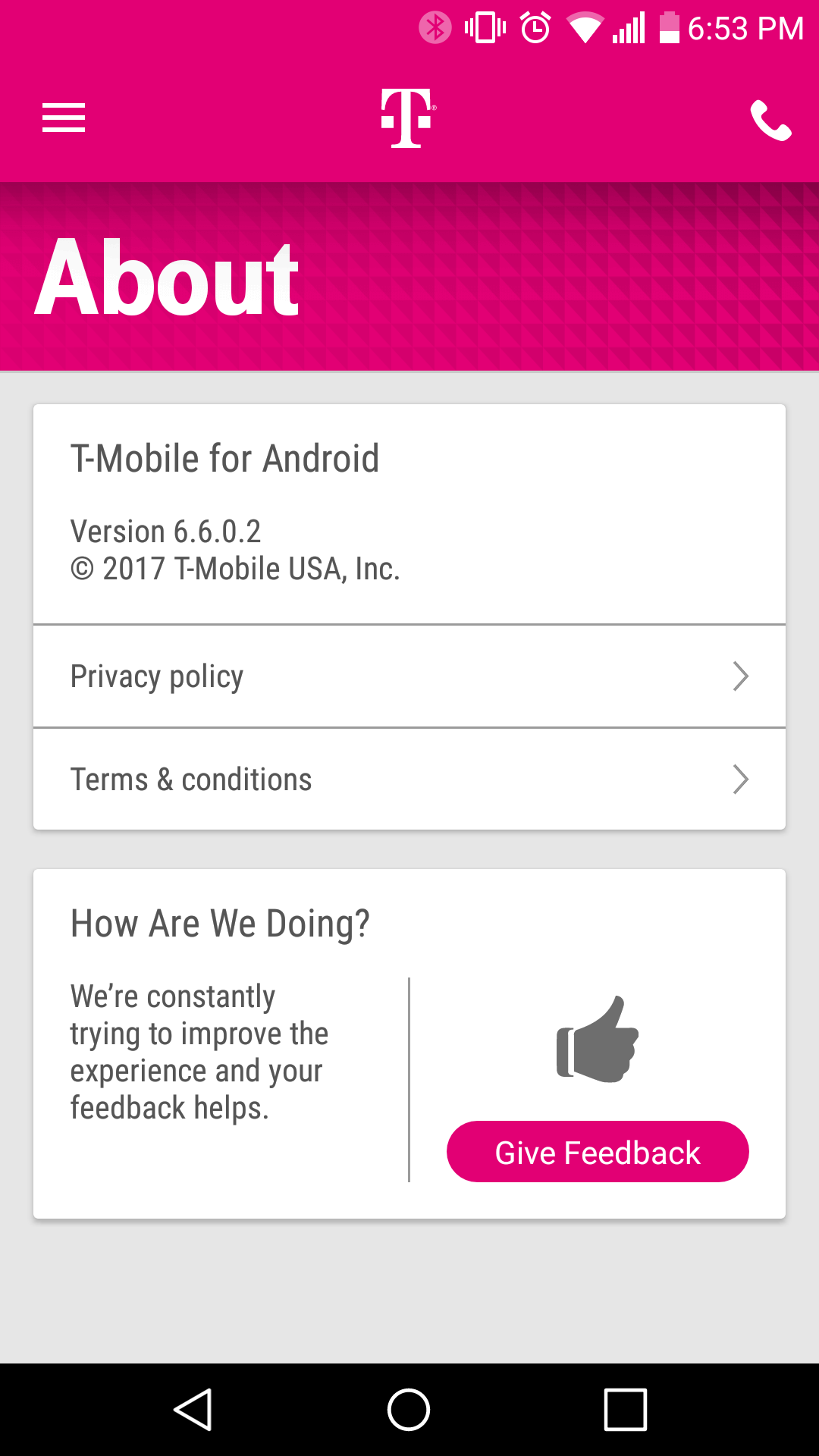