My account renewed two days ago (autopay, prepaid account) and since then I can't access internet using the network data, only wifi. I have the 4g lte connection, nothing changed on my side, same fone, same places as the last few years. When I try to access "my tmobile" website, it shows my account as active, but there is a exclamation mark in red right next to it. If I try to access my profile, I can't see my address (says service unavailable), can't edit my info. I've tried to reload apn settings, I've tried calling and live chat, no one knows what's going on with my account. I know my card was charged as usual. Please I need help, someone with access to accounts would please check what's going on? Thanks!

Hey folks! I am super sorry to hear that your internet stopped working! I took a look at the system issues and there was an extended maintenance on 9/12 that causes the renewals to not take place immediately. That should be resolved now though. Is anyone still having this issue?

I have an IPv4 and an IPv6 but no external IP. I've inserted my SIM card in another phone and it does not work either, so it's not my phone.  Anyone?

I have the exact same problem, since renewal 2 days ago

Nobody knows how to fix it. Are you prepaid? I've been the whole day with the Twitter support, they are great, I've got a new SIM card and nothing. I can make calls, I can receive texts, if I insert any other SIM card (including another tmo) it will work perfectly. Also, the fact that the SIM won't work internet on any other phone makes it clear that it's a server issue, and no one knows how to fix it. 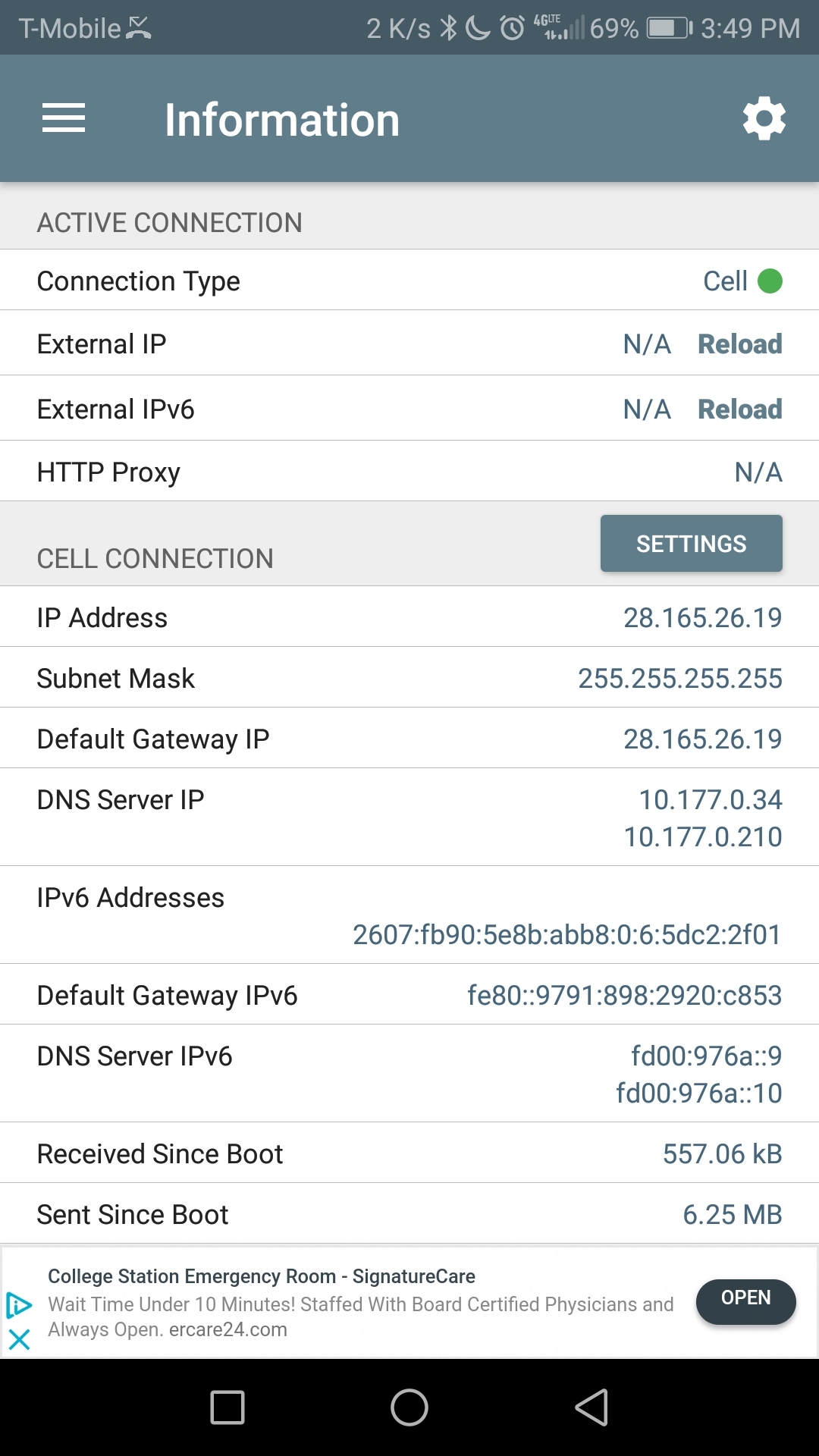 I have the same problem. It's really irritating. It still shows the data I previously had before it renewed. No way I've used 2 gb in 2 days.

I'm prepaid too and a new SIM card does not work

I've been the whole day with the Twitter support, they are great, I've got a new SIM card and nothing. I can make calls, I can receive texts, if I insert any other SIM card (including another tmo) it will work perfectly.

Same here about the data, still last month usage. By any chance your plan is the $30 / 5 Gb / 100 minutes? Did your plan renew on sept 9th? We must have something in common...

Please let's refer this topic to the Twitter support, maybe it can help them identify the source of the problem.

Let's inform the Twitter guys... It seems like a plan related issue. Maybe they want to force us out of this plan...

I spoke to them last night and they said they've been updating the towers to 5g... That's why Our data hasn't been working unless you're on wifi. They said it should be back up and running today around noon. They said they would compensate those that had issues. When I was on the phone, they extended my plan by 5 days, and bumped me up to the next pre-paid plan. I still have to check though. So hopefully today, it'll all be back up and running.

Let's hope for the best

I too am dealing with the same issue - $30, 5GB, 100 Min prepaid plan, renewed on the 9th. I spent about 2 hours on the phone with Prepaid Tech Support yesterday and got nowhere. I ended up going to my somewhat local T-Mobile store and spend 2.5 hours in there with them trying everything they could throw at my device, new SIM, re-provisioning, new APN, etc, etc, etc! The phone worked fine with one of their "postpaid" SIMs.

They called their back-end tech support number and after being placed on hold for 55 min, were finally able to get through to someone who told them that this was a system issue, they were aware of it and were working on getting it resolved ASAP. It apparently effected only certain pre-paid customers and was widespread!

So, hang in there everyone! I was impressed that in my whole time in our local store, they never tried to up-sell me to a new plan, new phone, etc. All they did was work on my issue! But, since I had time to kill - lots of time - I asked about the various plans available today since mine was 5 years old. Looks like for $10 more, you can get unlimited talk & text with 10GB of data (all of which is available for hotspot use at full speed). I'm thinking once this current issue gets resolved, I might upgrade. This T-Mobile line is on a backup device and not my primary line.

Best of luck everyone!

Unfortunately nothing happened here and I am still without internet access. I can't keep waiting forever for them to figure out what's going on. By the weekend I'm switching carriers (AT&T). That's unacceptable.

Nothing changed here, I'm switching too

Hey folks! I am super sorry to hear that your internet stopped working! I took a look at the system issues and there was an extended maintenance on 9/12 that causes the renewals to not take place immediately. That should be resolved now though. Is anyone still having this issue?

Yes, no internet for a week now

It's ridiculous, I wait til tonight, tomorrow I'll switch

We are going to need to take a closer look at your specific account to see what is going on. Please do give us a call as soon as you have a chance so we can get this corrected for you.

Yes - I contacted T-Mobile support through Twitter and hooked up with Erika Holeman who acknowledged it was indeed a system issue and that it was being worked on. As of yesterday, Sunday 9/15, it was fixed and my account billing was extended 6 additional days to compensate for the loss of service.

However, some of of these other fine folks might not have been so lucky!

Thanks for checking in on this thread!

I already called, no luck

Whom should I call? Nobody knows anything about a system issue, they only

say it's my phone, it's NOT

This is true, I still have no internet, and they say I should call, but who

knows what to do to fix this?