We're planning to travel to Europe later this year and would like to take advantage of T-Mobile's free international text/data roaming. However, I saw that incoming calls are charged at one minute even if you don't answer; per T-Mobile's website: "If your phone is on when you get an incoming call, even if you do not answer it, the call is charged one minute for delivery to the phone. (There are no charges if your phone is turned off.)" I get multiple robocalls/telemarketer calls per week, and I don't want to rack up charges for unwanted calls. Is there any way to temporarily turn off incoming calls or route them directly to voicemail to avoid charges? If so, what are the steps to do that?

I have never used the "do not disturb" option on the phone. When we go overseas we simply set "forward all calls" to VM number. (805-637-7243).  He has worked for years when traveling to over a dozen countries.

For outgoing calls, you can make free calls back to the US women on Wi-Fi.   Incoming calls, of course, are free women on Wi-Fi.  I think many users make use of apps the route calls over data-but I have never done that.   Text and data are free if you're on a regular TM plan.

The problem is that I don't know how "Do not disturb." is implemented. Is it and unconditional forward to voicemail or and auto-reject all calls?  The two have very different results from a billing perspective. I know that forwarding all incoming calls to voicemail works to avoid being charged for incoming calls.

Well I have tried both - just here at home - and then had someone call me. Both were routed directly to my VoiceMail. So I'm thinking they are two ways to do the exact same thing. 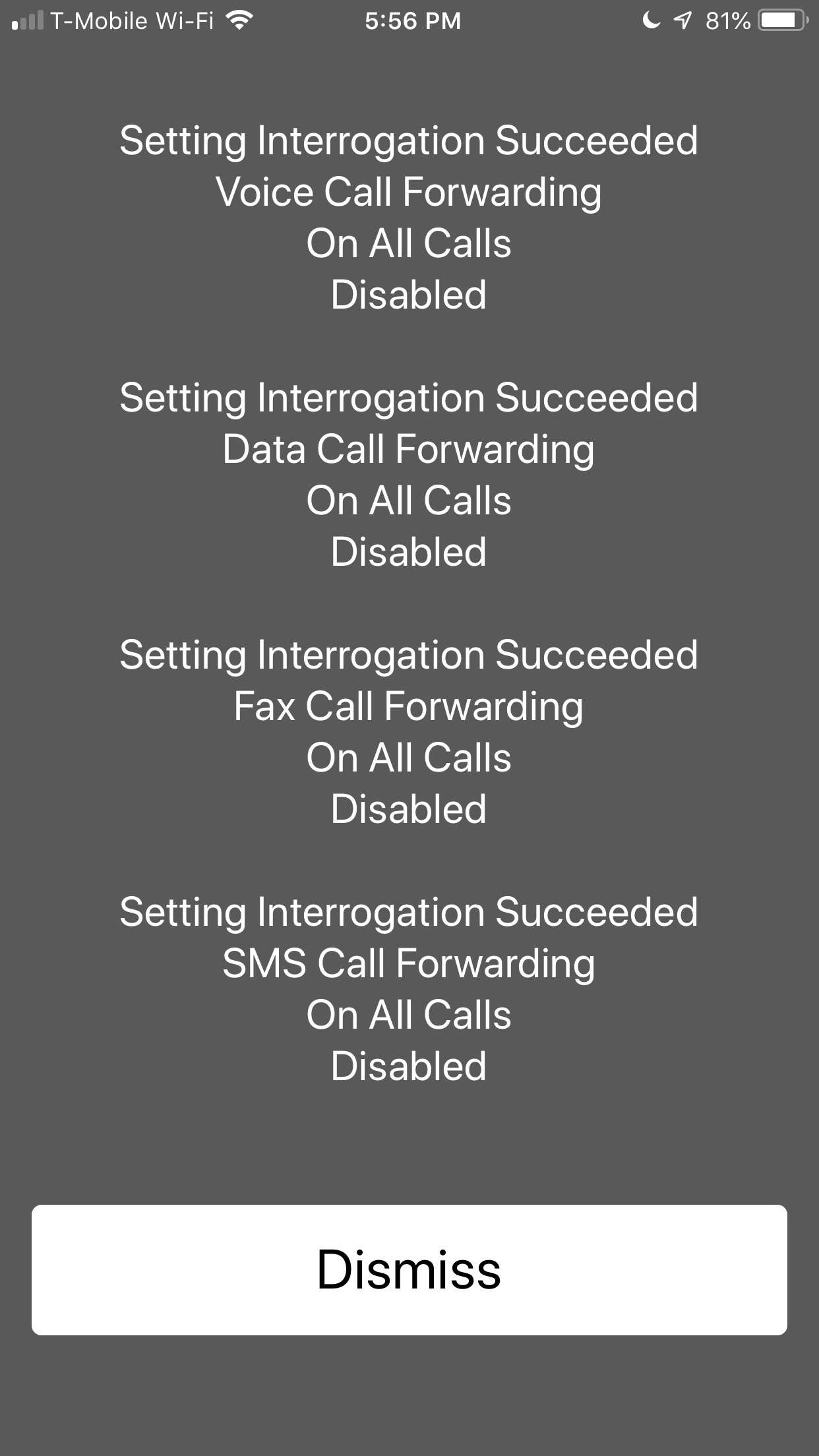 What this tells me is that the "Do not disturb" setting does not actually set the forward all calls to voicemail. It probably is just rejecting all incoming calls before they ring. To me, this runs the risk of creating a billing event for each incoming call. Maybe I'm wrong but I wouldn't want to take the risk. It's safe to set call forwarding to the voicemail number. I and others can attest that doing this works.

My experience traveling abroad several months each year is that as long as I don't answer a call I never get charged even if it goes to TMobile voicemail service.  Charges occur when calling (even voicemail) or answering without WiFi calling enabled.  Always assure wifi calling is active when calling voicemail or refreshing visual voice mail downloaded to phone app too.  Listen to visual voicemail messages via phone app with airplane mode enabled so no cell connection is possible.

To avoid  charges from the phone silently switching from wifi to cell service during the call, enable airplane mode first then wifi and then wifi calling, and visually confirm wifi calling is active.

I also just verified this info with T-Mobile rep.

This is what I was told yesterday in chat with T-Mobile rep,  "just don't answer, you won't be charged."  We have been getting an increasing number of "scam likely," and just plain junk calls, so after reading all of this, I'm a little reluctant to take the rep at his word.  Off to France in a couple of days, and will probably take the direct to voicemail route just to be safe.  Assume that back in the apartment, on wi-fi, we are good to enable normal mode and use just as we would at home in the USA.

OK, GUYS! T-Mobile has had scam BLOCKING for a while now. Log on to your accounts and enable Scam Blocking on all lines....it's like magic...no more robo calls....silence. 😊

They still come through here, though some, maybe half, are labeled "scam likely" so we know not to answer.  Many others come through clear with spoofed numbers so they appear to be local calls.  It may be getting better, but it's far from perfect.  To reference my original post, even the calls that are caught and identified as  "spam likely" get through to the phone, so without engaging direct to voicemail while traveling, each of the spam calls is going to cost a quarter.

That's the Spam ID; now you can enable BLOCKING! Yay! 😀

Yup, I remember the days when "Spam Likely" was our most frequent caller..... 😠

I was told the same. If you don't pick up a call, and if you don't listen to your voice mail, you won't be charge: it would not be legal. Pffff!

I think I'll change my message asking callers to send me a text and set up unconditional forward to make sure that I don't get charged. I called perhaps 5 times to figure these issues out before I found the community feature, and have been told something different every time.

One told me that I could call France on WIFI calling for free. I did, just a few minutes and was charged $3/minute, and received a $57 bill. Thank goodness, T-Mobile agreed to remove the fee. They are nice folks, but boy, it would be great if they were better trained.

Even if you use unconditional forwarding, you will be charged.   I got charged even when not roaming.  (celluar always in airplane mode)   The only way to avoid charges is to call customer service and stop international calls.

Another advice:  Place the phone in airplane mode when using WiFi calling.  If your WiFi stops working, your phone will automatically switch to cellular without you noticing this fact.   So I can see some users believing that they are using WiFi and getting a bill.   Your ISP could go down and you won’t notice that you are using celluar service while talking.  If you are in airplane mode and your ISP goes down, your call will be interrupted but you won’t be charged.

Test first to make sure your phone works in Airplane mode on WiFi. I’ve tried with my G7 but can’t make it work.

I don't speak for T-Mobile.
F

On an iPhone that works without any settings change.  On a G7 you should search on Reddit. Some users have posted what you need to do to make this work

Hello, so I understand that to avoid the one minute charge for incoming calls abroad that go unanswered, we can enable unconditional call forwarding.  I'm travelling to Brazil in a few months and have the Magenta plan.  So 3 followup questions for  :

1) Does T-Mobile charge for using the service of unconditional call forwarding? I looked online but found no info regarding prices or fees.

2) Per T-Mobile, "Calls from Simple Global countries, including over Wi-Fi, are $.25/min".  Let's say I'm using WhatsApp or Google Voice for those Wi-Fi calls abroad.  Will I still be charged the $.25/min?

3) Now let's say I try making calls over the 2G international data that is included in my Magenta plan.  I know the call quality will be horrible, but would there be any charges incurred in that Call situation?

First hand experience:  Does not work. You will be charged the minutes that the caller use to leave the message. Junk calls included.

I did experiment with unconditional forwarding.  Got charged.

Any recent news on this?

Going from U.S. to Europe. I want to use data and text, but also want to be able to reject calls at times. Is there anything that allows a quick toggle of call reception on and off while maintaining roaming data and SMS/MMS on at all times?

Probably not, but I wanted to check in.

I wouldn’t reject any calls. Most billing systems treat rejected calls as “handled”. I wish they would make DCF optional.