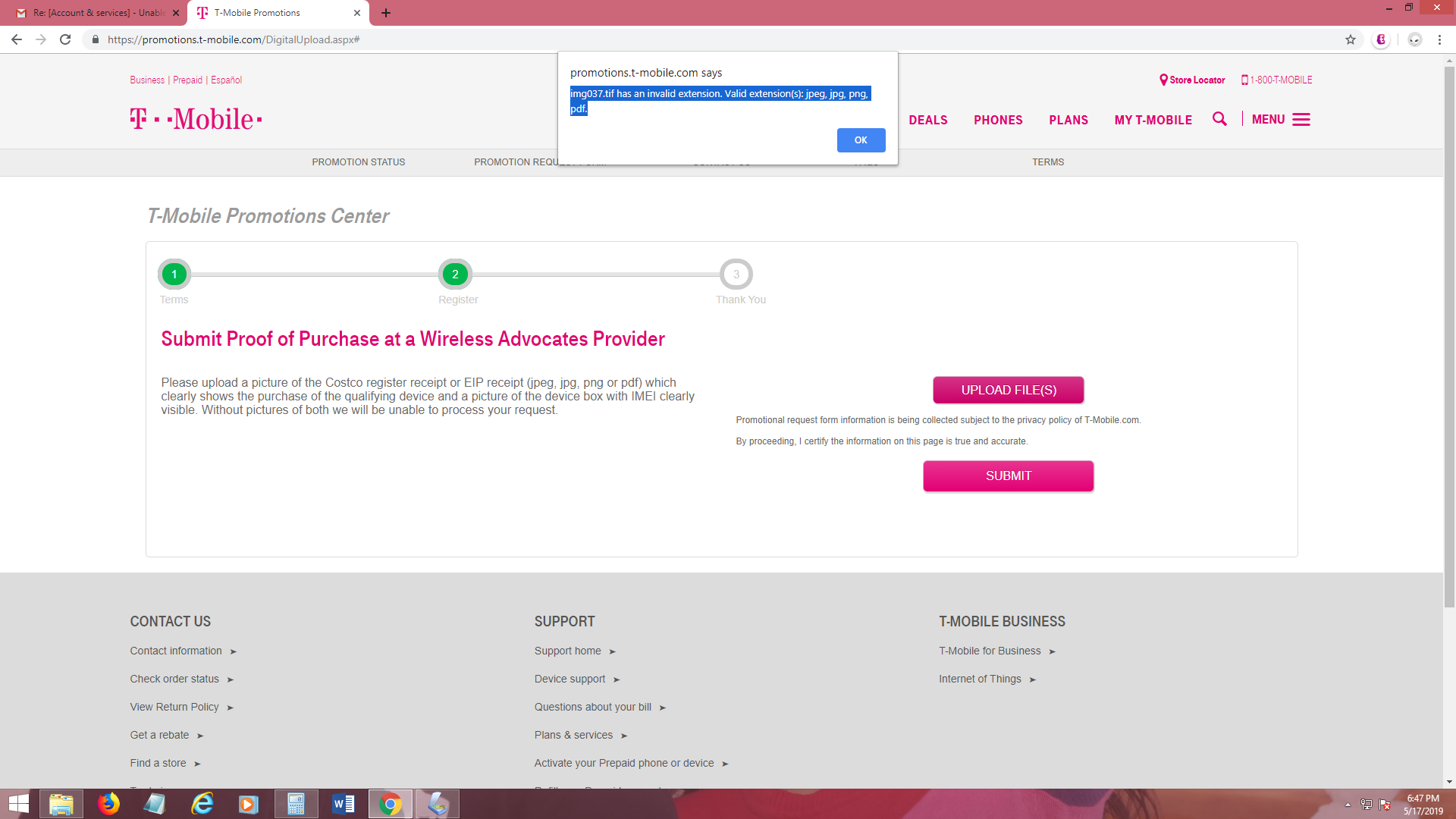 I tried submitting in unsecure mode as mentioned below, still does not

Apparently the solution at this point is to use Google Chrome for Mac OS X (or Windows) (Version 74.0.3729.131 confirmed working on Mac OS X 10.14.5) and to click on the error / shield icon per hemachandradmask in the URL/Search Bar in Chrome after a failed upload.  From the dialogue that appears you can choose to allow scripts to be run via the insecure sources.  This appears to be a problem with how T-Mobile has designed the site to load some resources from a bad SSL certificate and website design.  Chrome just allows you to easily see the issue and override common web browser protections to allow for the upload since the overrides are as apparent as a feature in Safari or Firefox.

Can you be more specific.  Your answer doesn't seem too specific.  What symbol at the end of a URL?  URL are just links.

hemachandradmask it seems you are speaking in relative terms to your specific browser and GUI.  What browser are you using on what OS?  (Specific version numbers etc.)

Sorry, still does not work. When o clock on the error symbol, the file disappears and there is nothing to upload

Is this fixed yet, try for a couple days and getting same error. I tried numorous file formats and only one file and less than 200kb

Solution : This error is due to some authentication issue. Click on error symbol at the end of URL  which is next to Bookmark symbol.

This will solve the issue and upload will be successful

Having same issue...why does it take them a week to fix this issue?