So I participated in Costco/Tmobile samsung s9 BOGO but rebate was denied for not having qualifying line or rate plan according to the rebate page. The promotion page clearly states that all voice plans are eligible and I also confirmed this prior to purchasing and the costco rep added the new line but still got denied. Any help resolving would be appreciated. 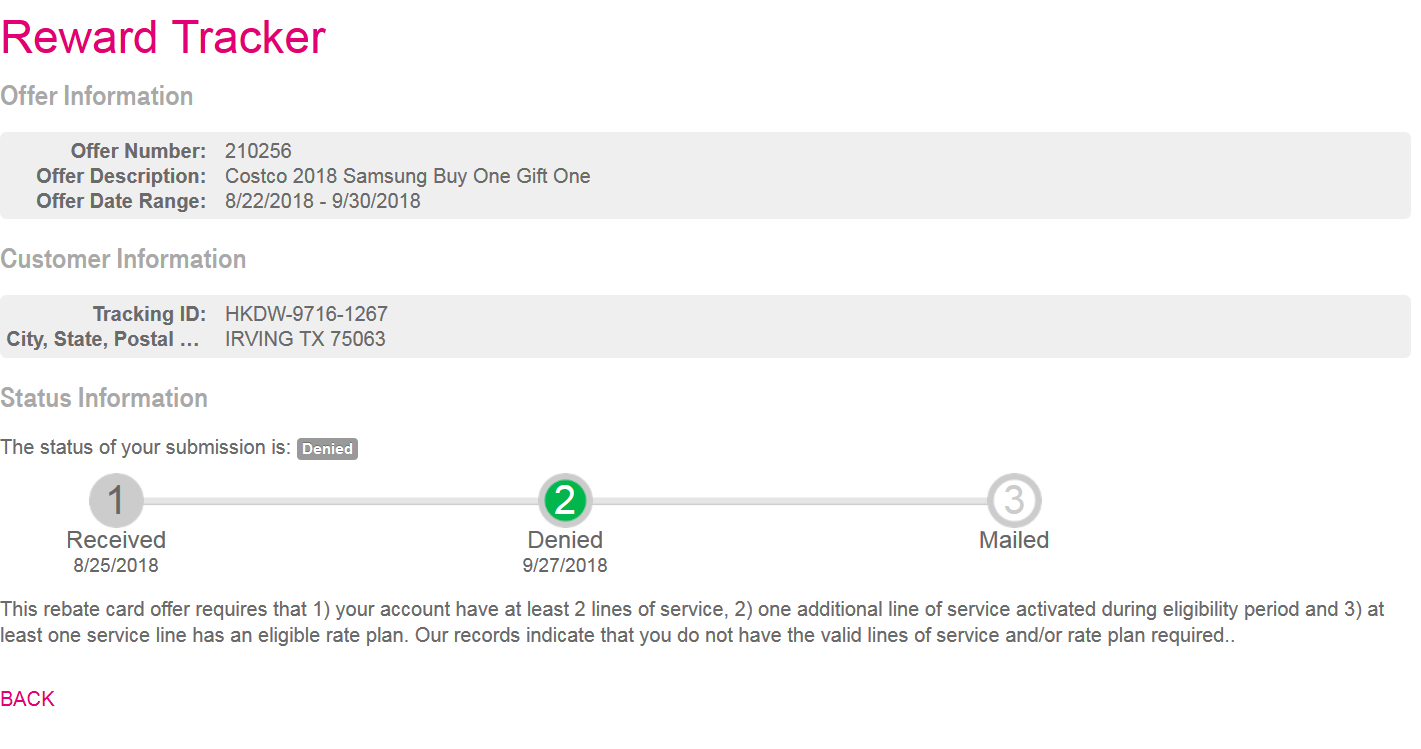 So I also contacted T-force via Facebook and they look I to it, apparently because the number the system regurgitated a number previously on the system it was not recognized as a new line and they denied based on this and had to be over written manually. Rebate getting issued because all stipulations were met, just heads up for others that might see same or similar issue.

I am facing the same issue. I submitted my rebate through COSTCO and my status shows as denied.