I tried hard resetting my LG Optimus F6 / D500 after being stuck with a "Security Error" on boot and not being able to use my phone. I first tried accessing recovery mode, but gave up on that (The only thing I am loosing is my contacts and I have ways to obtain the ones I care about.).

(It turns out that I made my way to the hard reset differently than I read I was supposed to online. I think what I did was this: I had the USB plugged in and after popping the battery out and putting it back in I got the phone to turn on. It went through a couple of cycles of displaying the error before I tried this exact sequence: I let it get to the security error and then once the screen went black I held the volume down and power buttons as I watched the LG logo appear and then disappear and at that moment I released.)

I currently have my phone plugged into the USB cord to my computer and after confirming that I really do want to go forward with the factory reset it gave me this message:

It is still on in this state. I recently started to hold buttons, but nothing happened. I have made no further action.

Also, before booting I had removed my SD and SIM cards just in case that would help.

This phone has never been rooted, but it's past its warranty. I think that some of the issues is due to the number of times I maxed out on the internal storage and cleaned up space, including caches to force the currently desired activity to function (1 GB internal is not great) without ever taking the time to back up and reset my phone to clear up any corruption that may have occurred along the way. Aside from that, I really don't know what I'm doing. I mostly just figure that I'll consider my phone bricked and hopefully some useful components can be pulled out by a technician who is willing to spend his time fixing other F6s. This phone has been through it: I even rolled over it with the front tire of my car in a parking lot. It still worked after that, I think because it was directly under the tire and face down, along with being inside a rugged case.

After telling my life story (I spared you the details of where I got the phone), my question is simply this: Even though I will be getting a new phone (finally), what might I do from here to successfully reset the phone and get it working again so that someone (with very low expectations) could potentially use it for themselves? The biggest reason I still care is that I want to leave a trail for others with the same issue... should they exist.

You can try using the info from this you tube video http://youtu.be/r5f-9uvu4Tk

Actually, I did try that a couple hours ago, but not with success. I did some trial and error with the battery, how and when I have it plugged in, and pressing buttons; and now I've really bricked it. It only seems to turn on now while charging and it stays on with the logo and the error message I had when trying to reset it displaying in the upper left-hand corner in beautiful white bios console font.

Yeah. Playing with the power when you are playing around with a phone that you could have bricked is a bad idea.  Are you able to post a photo of what it is doing now? 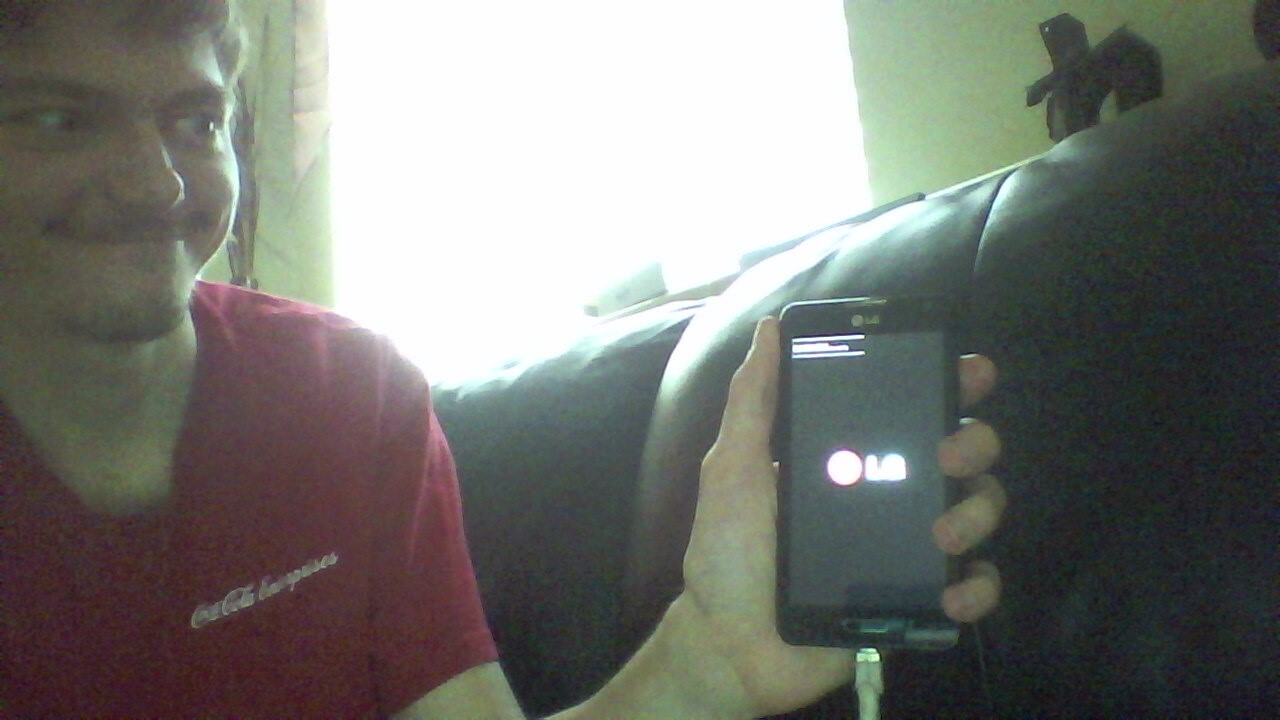 While posting this photo, it bounced out of being stuck there. There's no more white text error and instead it's back to a loop where it shows the security error, which eventually times out or something and then the screen is blank. So that's progress, I think.

Well, I can't read the error that came up there, but if it's back on the security error screen that might not matter. Have you used the mobile support tool the lg has? It may be able to force a factory restore and fix the issue with the security certificate.

It's the message that was given when trying to reset it the first time: "Secure Booting Error : Boot Certification Verify"

I can't even get my computer to see the phone, but I guess I can try it later.

If you go into download mode does ADB find your phone?

I used the Tmobile Support Tool while in download mode and couldn't get it to recognize the phone.

We're you in download mode for the phone? Because until certain things on the phone are loaded your computer won't recognize it .

Yes, and I tried a couple combinations with that.

If you are in download mode and the LG restore tool isn't working without physically having the device in hand there isn't much more I can really try and advise you of. Sorry I couldn't get it to work for you.

Wow, there has been a lot of talk going on here and unfortunately I don't have anything different to add. I think is right on this one -- you may be at a loss getting your phone back up and running as it was previously so that you could hand it down to someone else.

I agree. It think it might work if serviced at a hardware level. I plan to list it on eBay as a fancy paperweight.