How long is it going to take for android pie update for note 8.

Nobody reasonably expects or blames Tmobile for OS or Samsungs bugs. Only thing people want is for Tmobile to get the heck out of the way and stop being an obstacle. Tmobile is not Verizon, they don't use proprietary artisanal non standard brands. This should be easy. Of there are bugs, this is Samsung or Google issue, not theirs. Unless it their app specific.

T-Mobile Note 8 pie released!! Anyone got it yet?

But T-Mobile gives Samsung stuff to bake in for settings for their network like wifi-calling settings, dialer modifications, basically all the stuff that Samsung has built in that they do have to support, and that's what they are usually testing compatibility with core services. Should not take this long. With your logic Samsung should get out of the way too, but custom hardware requires OS mods.. like to support your sPEN, or that fancy IRIS scanner.. google doesn't build those pieces.

A lot of people compare this to Apple, but you cant because Apple controls 100% of the hardware and software, which means no matter how long they spend developing it, they control the release of both, and know what it's gonna be installed on and we really have no idea how long it took to release, could have been 4 years which is why by time they release it they claim they were the first for X feature thats been out for 3 years already in Android! Closest you can get to this level of matching is Google Pixels, by whomever they work with at the time, the original Nexus was Samsung hardware.

Everyone needs to stop complaining, do the simple work-around, and hope that Sprint's software procedures bleed into T-Mobile as they are consistently the first with security updates, although there was talk somewhere that google was fixing this with real-time non OTA security patches. But you need that one last major OTA to whatever version they release this to for it to work.

Woohoo finally!! Not for me yet though. Just checked and no update available. According to the article we will have to wait till tomorrow because they have daily limits so if its not there, the daily limit has been met. Thanks for the news though!

Hello when will I get Pie update on my unlocked Note 8 phone? It is unlocked and wish can get it now? And I checked my phone for update and why did I not receive it? It is model SM-N950U where is my unlocked phone update?

Thank goodness. This is what im looking for. T-Mobile Android Pie

At one time I was able to force an update by setting the phones date ahead about 6 months. When I try that now I get, download not available. Try again later. This may mean they have reached their daily limit. I will try again around midnight.

I don't see a single person on any site confirming that they have received the update, more likely that T-Mobile still has not even pushed it.

Hey man, don't worry. Its no joke if they actually have it available on the phone's page about the update. Remember what ​ said about a while ago they were sued for giving false info. So they really would play that game again. Its coming in batches. Try again at midnight tonight or at noon tomorrow. You'll get it for sure. 😎

Just got off the phone with Tmobile. They called to check up on me because I had been inquiring so much about the update. From what the resolution specialist said, there's no update as of yet. So all the stuff we're reading is most likely false.

because i emailed and reached out to them about the security concerns. He

downloading since they have reached there daily limit.

Please correct the Galaxy Note8 Update to Android 9.0 Page from Testing to Complete

What's the daily limit? 5?  I've been checking all day, even before the announcements and nothing.

My friend in Seattle got her update....

She got it today?

That's  great to hear now I guess the rest have to wait till midnight  ..lol 😊

auto check at that time and when you wake should be there. Unless a ton of

people hit it up at the same time.

Screenshots or it didn't happen.

Testing. And even it was rolling out, don't y'all remember it took like weeks for everyone to get the Oreo roll out because TMobile said they wanted to do it in "phases" TMo is just flat out lame. Total repeat of last year.

Would not hold your breath for a midnight release. So far one person in Seattle "claims" to have gotten the release? Umm, okay! Droid Life is messing with us. LOL!

During this stage, the device will go through T-Mobile certification process testing to make sure you get the best quality software possible."

They suck.keep it.i want security updates on a regular basis.not excuses or storys.samsung put software out months ago still waiting on marches in april.no feb either.garbage

Pie will start rolling out today. The wait is over.

The update will simply pop up.

I'm guessing by 10 PM ET you'll be able to download it manually. 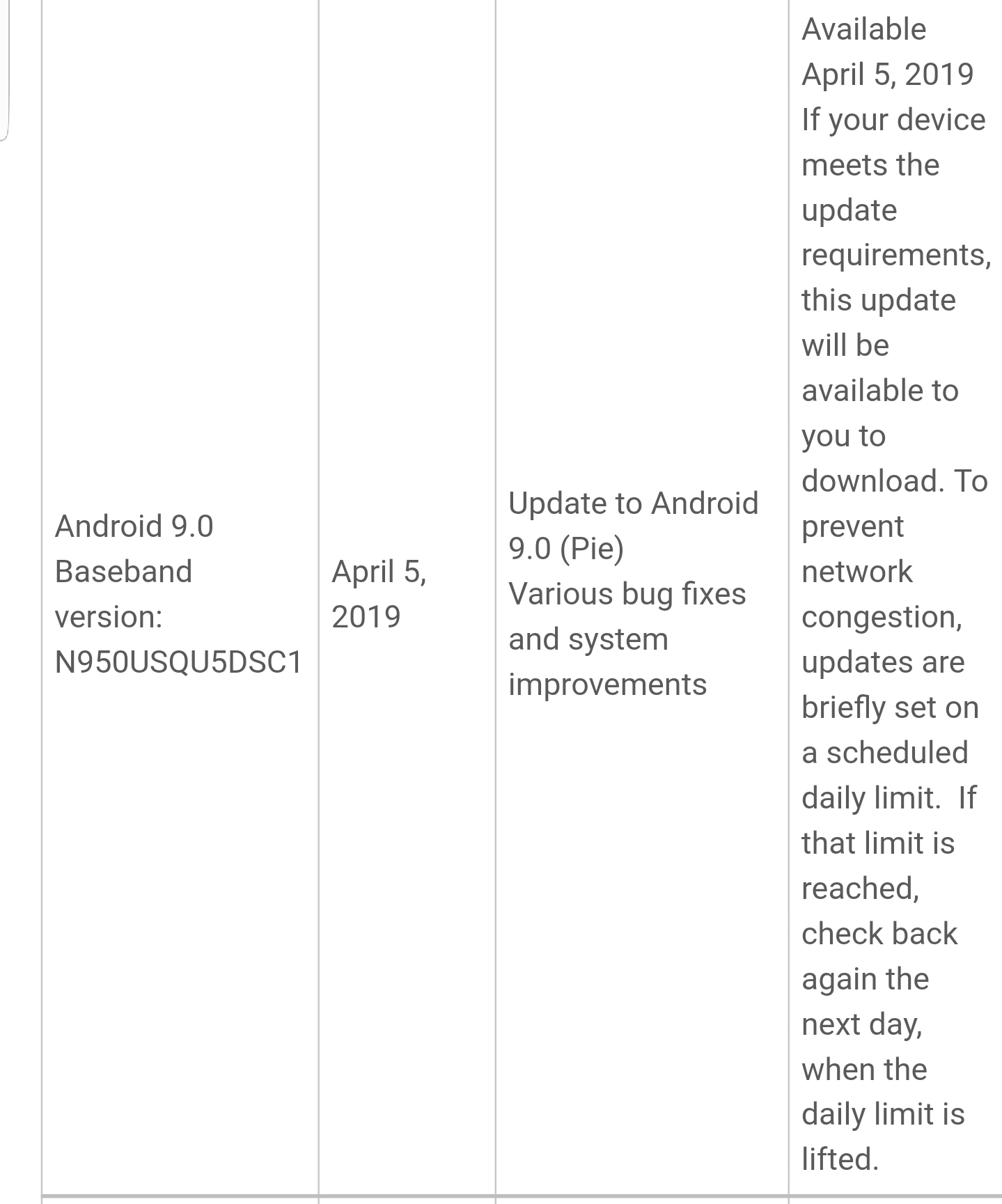