How long is it going to take for android pie update for note 8.

This is just total BS from T-Mobile to take this long for Pie update for their devices. They should have put that right and clear that Note 8 phones bought from them will be lagging behind software updates for months and I'd have made a better decision by then. Nowhere it was mentioned that Note 8 (just the previous generation model, not too old) would get a sub-par treatment when it comes to software updates. With the pace T-Mobile is taking I hope Google doesn't get the "Q" version out before we even get the "P" update. I don't buy that it's Samsung's problem since other carriers all got their Note 8 updated to Pie. Never again buying a carrier branded phone.

I dont get how a S8 has already updated and the Note 8 hasn't.

Alright weres this update. Android Q is in the works and according to t mobile there cutting edge technology but they can't release a software update to there phones? Now this is just bad.

Valid concerns! Unfortunately we don't develop the software updates, rather that goes through the device manufacturers making us adherent to their development time-lines. Our primary role during their development process is a quality assurance route,and from there delays can occur if issues are found with the update the manufacturer has released. Because the manufacturers are responsible for the rollout, their focus on the updates is often on their newest devices, and Pie for the Note 9 is only starting. As mentioned above, older devices are often a few months to follow if receiving an update.

That said, the forum is all us. If you have any feedback or issues with posting, lay them on us because we absolutely would love to ease the process if having issues.

How is that all the other carriers got their Note 8's updated to Pie while T-Mo is still stuck on Oreo? Maybe their focus is to gulp Sprint customers as well and not focusing on the tech that keeps their current customers. I've been with them for almost a decade now but this is not a great experience.

So which do you recon will come first? Me going out to buy the Note 10 or me getting the Android Pie update on my current Note 8? I figure they might just come at the same time at the rate you're all going...

It will probably be released by next week at the latest because most devices don't usually stay in testing for more than 2 weeks, at this point were just waiting for T-Mobile to approve the update. Usually it's not the manufactures fault the update takes so long, rather the Carrier's due to the fact they have to test it, add their little bits to it and THEN push it out. The Note 8 originally started getting one UI at the beginning of February but due to carriers it's taken this long. The best thing to do if you want updates fast is buy an Unlocked phone or a Google pixel as they get the updates the fastest.

Why are you guys in such a hurry to get the planned obsolescence update? Just skip this process and wait for the note 10 lol only a few more months. 😜 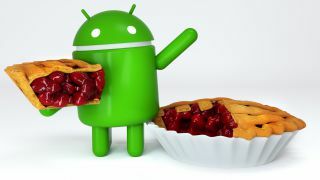 Yes! I believe we are indeed getting Android Pie on April first due to the Android Oreo update being released April 1st last year so I expect one ui to be out April 1 this year. However I can't garuntee that so dont sue me I'm just making a prediction

T mobile could you just release the update tonight Its already done a T mobile expert told me its done so why is it not released yet?

I think every person who bought the Note 8 is wanting the update but I don't think harassing T-Mobile is gonna get it to us any sooner... I have personally tried all 6 beta versions of the Pie OS available for the Note 8 and all of them were unstable and every time I ended up going back to stock CRL1 firmware just for the sake of stability.

I would prefer to wait for stable software than deal with more issues. I use my phone alot and I have a pregnant wife and I can't deal with random issues making my phone unusable when I get that call.

I think we could all do with a bit of patience. The update is coming. They're not denying us the update. They just want to make sure all of us who spent $900-$1000 on our phones have a good experience once we get the update.

Calm down folks... good things come to those who wait.

And by 'testing', magenta7896480 means they're adding all their bloatware and extra garbage apps you could probably do without.

Looks like it's stuck in the "Testing" phase now! It's been 5 days now and already Android Q is in play it seems and we are still waiting for P! Long time Apple Developer converted to Android a few months back and software updates were never an issue on the Apple land, and this is so bitter of an experience so far. Never again will buy an Android phone if it's not pure Android or Android One.

I completely agree with you

I dont think you understand. They ARE cutting edge. Cutting edge at being painfully slow. Honestly, this is the exact same software that's on the S9 S9+ and Note 9. How is taking this long to test something that's ALREADY on on 3 other phones?! Next phone I get is going to be unlocked and bought directly from the manufacturer.

My S8 is stuck on the November security patch as well, whereas the rest of the world seems to be on Feb patch with Android Pie. The testing part of this really confuses me. How could it take so long to test something that's already been tested and rolled out to 3 extremely similar devices? End of march to sometime in April is my guess as well judging by how slow this is going.

They are in (testing) meaning there adding bloatware in to make are phones even slower.

The problem with your testing is the lengthy wait for more important things like security updates. I don't mind waiting more time for Pie but I do mind that I'm 2 months behind in my security updates. This is poor irresponsible job for a company that claims they care about security (this is what you put in the changelog every security update!). I understand that TMobile is trying to bundle up February with Pie but based on the delay you should have executed Plan B and released the security update on top of Oreo (just like ATT did). Now March is out and we're even more behind. You're not taking seriously security, many of of your customers have important personal and professional data in their phones and it's unacceptable to put us at risk. Don't blame Samsung the variants of Note8 around the world are already receiving March security update.

TMobile could we get a update on when it's coming out. I contacted Samsung directly and they told me that you guys liked to us from the start. "T mobile - We are waiting for the update from Samsung" Samsung - " we gave them the update they just need to release it", while I was talking to the person from Samsung he said this is just horrible how t mobile can't release it. So t mobile what's your excuse now? I really want to know what's your excuse!

This is just totally pathetic from T-Mo side. Why treat Note 8 a second child when you sold that to me at a premium price? If Note 9 can have it weeks before what's the point of me paying almost the same price when I bought this when you touted this as the next best thing? It's getting to a point of absolute frustration to see T-Mo doing this ugly trickery on those of us who paid the premium price for this device. Either tell us clearly what the hold-up is or just release the damn update. As months progress now without these updates to the device it's kind of scary, as we do almost everything using the phone these days. Either I'm not going to be with T-Mo again given this terrible experience or never buying a carrier phone again, ever. This is so hard for someone who had iPhone from version 1 and switched over to Android very recently. These updates and the way these carriers can deny us an entire software update altogether is totally absurd.

Well. i checked it and its still on Testing phase. Which means they will make sure there is no bugs (Including Their Apps, Wi-Fi, Network, Websites, and etc). It takes 2-4 Weeks to complete the Testing Phase. After testing. it should be in Completed phase and it will start rolling out to their devices. I hope its Tommorow Night. If not, then it should be next week or so

Alright, t mobile this is just insane, it doesn't take this long for a update. I know you want your bloatware In but why can't the bloatware be in another update. This update is goning to come out with February security patch then like two days later have another update for March's update. Or if your smart you put March's security update in Android 9.0 but knowing TMobile prob not.

I am a software developer myself, having worked on numerous Windows, iOS, and Android applications. Trust me, I have a very good idea how software works, and you're right. Testing is essential to guarantee good quality and no issues. However, like I mentioned previously, all we really want is an estimation as to when the update will be released. That way we know when exactly to expect it instead of checking this site and continuously asking on this forum.

HELLO EVERYBODY! I HAVE SOME UNFORTUNATE NEWS!!!! THAT'S GONNA PISS YOU OFF.

I was on the phone with samsung, yes we would like to BELIEVE it's T-mobile... It's not!! Sorry, but you are waiting on SAMSUNG! An the part that will make you mad is, they don't know what the HELL, is going on their damn selves... WHY, well because when we call up there, were talking to people that for one, are not in america, for two that have unfortunately the same lack of information as T-mobile personal.

Meaning If you call them (samsung), your gonna be spin'ed in a circle of no where, i'm warning you.... seriously, I'v been chatting with them via chat for weeks, nothing!!! I literally just got off the phone with them, asked all kinds of questions this forum an others presented NOTHING. Like SMDH, you not gonna get any new information from anyone of these entities but speculation.. PLS TAKE IT FROM A PERSON THAT DOESN'T DO FORUMS... Nobody is gonna know anything but the same ole same... AN YES!!!! I 1,000,000 percent understand this is BS.