Hello fellow Nexus 6 users. I was just wondering if this phone will be getting Android 7 update?

We haven't heard anything official as of yet but when we do we'll be sure to update our Community-2444 page.

It's coming but no scheduled release date.

I still haven't received the update for my 5X yet.

We haven't heard anything official as of yet but when we do we'll be sure to update our Community-2444 page. 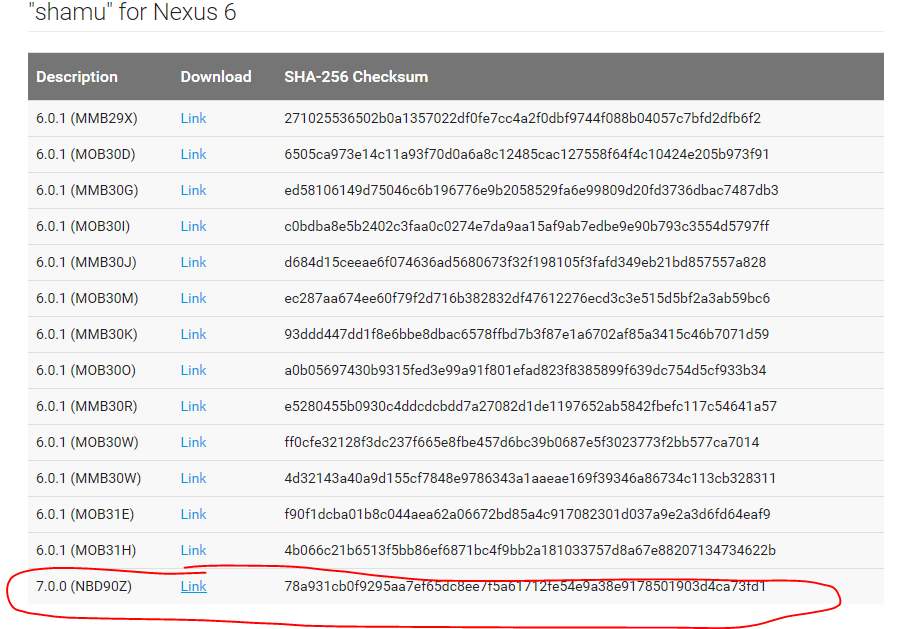 When can we expect to see this on the T-Mobile system update page?

Register for android beta and this version becomes available almost immediately.  It used to have the beta version. It seems to work fine.

A date would be handy to know, however, that's not a piece of information that's provided to us. As soon as the testing phase has begun, we will make sure to update our software update page that you're referring to.

I didn't but mine through T-Mobile but I got the official 7 on my phone just two days ago. If being rolled out in phases, it might take a while till it makes it to all the devices.

The factory images page for nexus devices does have the new version on there too. If you don't want to wait, you can pull it from there using the computer and flash it manually. That will wipe the phone though.

Thanks for the input theartiszan, and swmiller256.  I've heard that it won't wipe your phone if you sideload an OTA image using ADB on your PC with your Nexus device connected.  I'm going to backup all necessary files off my phone, before I do the manual update. Wish me luck, and I will post the results of my update.

I'm also wondering.  After I manually update using the Google Android 7 stock OTA image; will I still get update patches of Android 7 Nougat through T-Mobile or is it recommended to wait till T-Mobile releases the OTA update?

Here is the android beta program link where you can get the Released version via OTA (no  data loss and it is the released version).

Here's the rub though, I have a Nexus 6 but T-Mobile may or may not still support it (ie they don't sell it anymore).  I'm wondering if that will factor in on getting Android 7.0 OTA?

I am getting Jealous Sprint Customer received the update today. Maybe T-Mobile release sometime this week or the next. I am hopeful Come-ON T-Mobile

@tmo_amanda so basically it's going to be next year before TMO gets around to updating the Nexus 6?  I might as well root my phone and do it myself considering it's almost Christmas

Or you can just flash the image from Google directly using your computer.

I've heard that the Nexus 6 is getting Android 7.1.1. If you don't have it yet, you should have it soon.

Or like I said above. You can get it right now...

‌In the October 5 comment, tmo_amanda reminded us to check the software update page

https://support.t-mobile.com/community/phones-tablets-devices/software-updates to keep track of the Android OS update status for the Nexus 6.

A problem with that is that at the moment, the Nexus 6 is not included in that data.

There's no status info there, other than the out of date section from December 2015 that says build MMB29K for Android 6.0.1 is current.

That wasn't even the last 6.0.1 build for the Nexus 6, so it's clear that no one is minding the store anymore.

I was reading your reply as, "The Nexus 6 does not have a software update page."  Yes, T-Mobile is behind at times on the info, but usually informing ‌ ‌ can sometimes get the info updated.

Hey and thanks for mentioning me. I'll run this by my team and have this checked out.

can you tell me what build number your phone is showing? I'd just like to have something my team can use as an example. Thank you!

So its been a month now since the OTA was released.  Any thoughts about pushing it out to the Nexus 6?

I am disappointed that T-mobile seems to have abandoned phones even before Google (no Nougat)?  I thought they seemed to maintain support and thought they were leading in that category.  Maybe that is a downside to their growth priorities.

The most up to date software info we have for the Nexus 6 is that 6.0.1 is the latest version we have available. We don't have any word we'll be getting nougat on this one. If that does change, we'll update our software page with that information.

This is the official list of full Nexus 6 OTAs per https://developers.google.com/android/ota : 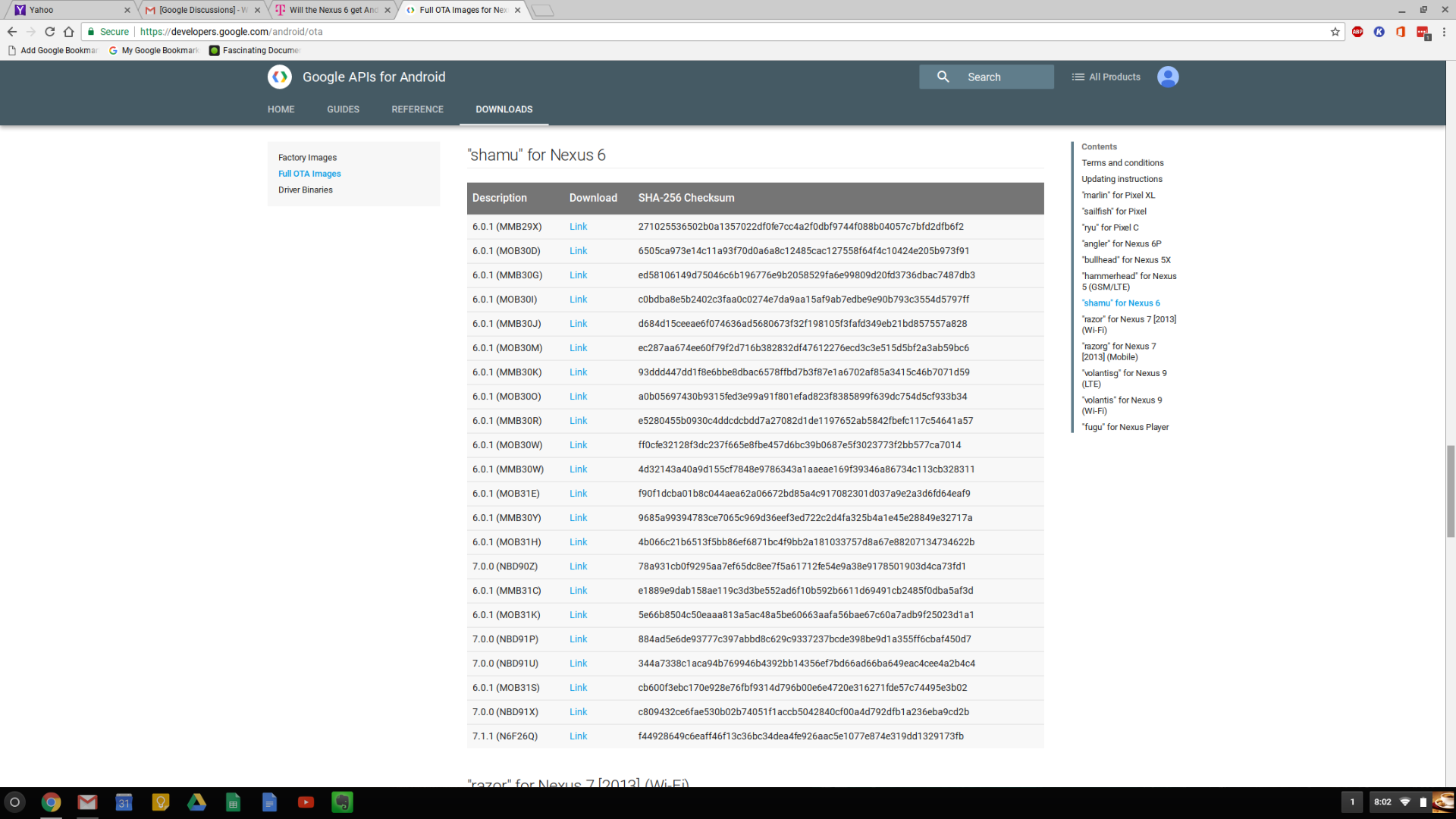 That page is an awesome reference and I use it myself from time to time. However, our T-Mobile site is still going to be the best guide for when software will be released for our phones. Right now, I have no info even in our internal resources that this update is in the works for it. I don't see it on our Community-2444 page either but if that were to change in the future, it would be updated there or on the phone's dedicated software page.

‌Running through the posts here, looks like I missed this question.

My Nexus 6 has build MOB31S, which is the January security update for Android 6.0.1.

Sorry for the delay.