The Un-carrier now has you covered by land, by air and by sea! T-Mobile is the first major wireless provider to light up the Gulf of Mexico with LTE, connecting offshore workers, vessels and critical infrastructure in an area larger than the state of Florida.

Connectivity has long been limited or non-existent in this heavily traveled area of the Gulf, and this more than 60,000 square mile expansion of T-Mobile’s nationwide LTE network lays the foundation for 5G in the Gulf of Mexico. 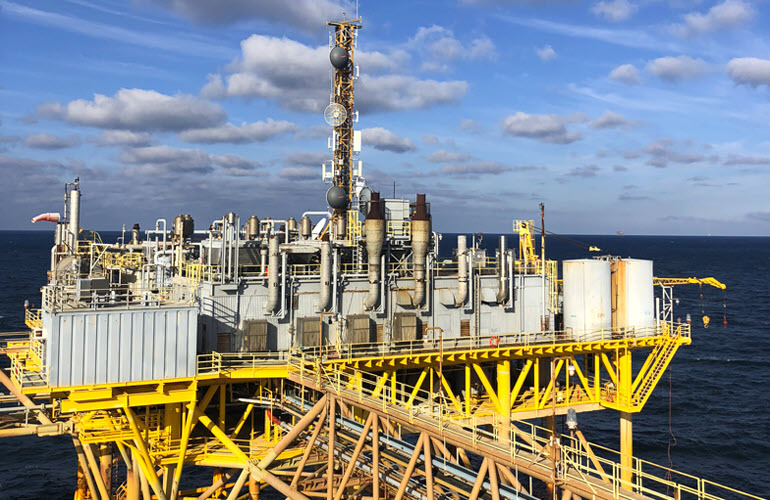 Working with RigNet, Inc., a global provider of secure, intelligent networking solutions, T-Mobile now covers more than 60,000 square miles of the Gulf – an area larger than the state of Florida (U.S. Census Bureau). This brings far-reaching LTE coverage to the offshore workers, oil and gas platforms, recreational and commercial vessels and critical infrastructure in the area.

T-Mobile used 5G-ready equipment to light up LTE in the Gulf, so offshore consumers and businesses will have access to the next generation of wireless technology in the future. 5G promises to bring faster wireless speeds to help move massive amounts of data, lower latency for ultra-responsive networks, decade-long battery life for IoT applications and the ability to support exponentially more connections per cell site.

The Un-carrier has more than tripled its LTE network since 2014 and today covers 99% of Americans – that's 326 million people! Beyond its new coverage in the Gulf of Mexico, T-Mobile has expanded its LTE network footprint by nearly 190,000 square miles since the beginning of 2018.

T-Mobile continues to aggressively deploy 600 MHz Extended Range LTE to give customers even more coverage and capacity. Extended Range LTE travels twice as far from the tower and is four times better in buildings than mid-band spectrum, so it can provide better coverage in hard to reach places: inside buildings, along interstate highways and in rural areas. The Un-carrier has deployed Extended Range LTE with 600 MHz across 1.2 million square miles of the U.S., meaning customers in nearly 6,600 cities and towns in 46 states and Puerto Rico are already enjoying the coverage and capacity boost.

To find more information on T-Mobile's network, go to T-Mobile.com/coverage.