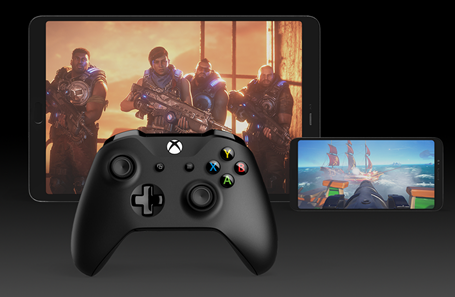 Microsoft chose T-Mobile as its U.S. technical partner during the Project xCloud preview that will optimize mobile game streaming, which starts this month. Today, there is no way to play Xbox games over mobile networks on a smartphone or tablet, but with a preview of Project xCloud, T-Mobile and Microsoft are using T-Mobile’s LTE network to learn more about the ways gamers stream great games on the go.

For anyone who wants to preview the future of gaming and experience console-quality gaming without the console, on the go, anytime, the public preview of Project xCloud is a can't-miss.

Catch all the details about about the preview in our T-Mobile Newsroom. Microsoft will invite a limited number of players into the Project xCloud public preview -- gamers can sign up for a chance to participate at http://www.xbox.com/xbox-game-streaming.

T-Mobile and Metro by T-Mobile customers will need an unlimited data plan, a smartphone or tablet running Android 6.0 or higher with Bluetooth 4.0; a Microsoft account; and a Bluetooth-enabled Xbox One Wireless Controller. For more information about T-Mobile’s network, visit www.t-mobile.com/coverage.

On all T-Mobile plans, during congestion, the small fraction of customers using >50GB/mo. may notice reduced speeds until next bill cycle due to data prioritization. No signal is more reliable (traveling far and deep) than 600 MHz; capable device required, coverage not available in all areas.