There are a lot of considerations to make when upgrading to a new phone, everything from improved battery life to increased storage, bigger screen size and definition of the display or even just whether it’s built to take a bath. 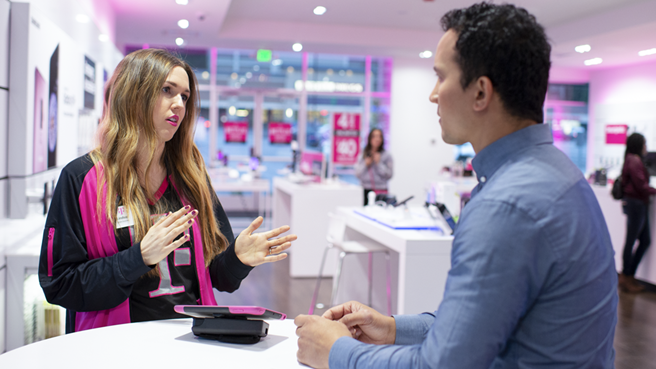 For the average American, though, these gains may not be enough for them to pony-up for a new device: According to recent surveys, while 81% of all Americans own a smartphone (up from 35% in 2011), they are holding onto their handsets longer — three years, on average. With prices sometimes rivaling a month’s rent, it’s easy to understand why some people might prioritize short-term savings and strive to get a little more mileage out of their phone.

But if you’re equally or more concerned about your phone’s performance, forgoing that upgrade could come at a pretty steep sacrifice. The biggest reason to consider upgrading to the latest and greatest smartphone goes deeper than the bells and whistles that make for good marketing copy and on-stage reveals. It has everything to do with performance and enhanced network coverage.

Your smartphone is only part of the equation: While hardware advancements in processors and modems can certainly impact things like download speeds and coverage, it’s the beating heart of the wireless network that makes those things a reality. And upgrading to a new device will help you tap into the most current network technology.

For instance, the latest products from Apple, including iPhone 11, iPhone 11 Pro and iPhone 11 Pro Max, all run on T-Mobile’s low-band 600 MHz — the provider’s newest, most powerful signal that travels farther than ever. Think coverage in previously hard-to-reach places such as rural areas and others you wouldn’t previously get a signal, like basements and garages. (600 MHz is available in nearly 6,600 cities and towns across 46 states and Puerto Rico.)

Additionally, an iPhone with the latest technology and low-band 600 MHz capabilities is 25% faster than an iPhone without it, and T-Mobile customers with 600 MHz LTE smartphones get 52% more LTE coverage than phones without low-band. In short, this means a T-Mobile customer with a 600 MHz smartphone gets more coverage, capacity, speed and LTE availability on the provider's network. And who doesn’t love getting more from their network?

Since we use our smartphones for everything from waking us up to helping us map the quickest route, we all want a longer battery life between charges. No matter which smartphone you opt for, a newer device will more than likely have a more powerful battery than a previous model.

Besides battery, camera upgrades are where many manufacturers compete to outdo each other — giving your social media posts an upgrade, too.

Oftentimes, older hardware is no longer supported by software updates and does not run smoothly, nor flawlessly. Plus, around the two-year mark, hardware begins to slow down — combine that with not connecting to the most current network, and you could start seeing slower speeds (if you can still call them that).

The sooner you upgrade, the better deal you'll get for your smartphone at trade-in. Which can bring down the price a bit and alleviate some of that sticker shock.

Okay, let’s be real — a new phone color (let alone six!) is enough of a reason for plenty of us to fork over the cash. Hey, brains are nice. But there’s something to be said for beauty, too.