Just to add this to the overall community thread - I have been having an issue with the newly added band 2 handoffs in my area.

Quite often my phone will 'camp' on band 2 as its primary.  In most cases, this is not a problem.  The issue does arrive when drive to my neighborhood which is one of a few sites that have 'only' band 4 and band 12.   In theory, my phone 'should' handoff to my local site, which is ~1300' away.

However, what has been happening, my phone has been holding onto band 2 from further away sites - typically one that is nearly 3 miles away.

I have opened a ticket on this, as service is literally useless unless I cycle my phone through airplane mode, or go indoors.

T-Mobile states that this will take about 3 months for them to resolve, as they have to upgrade the cell site to fix it.

T-mobile is not the only carrier to have handoff issues. I live in State College, PA at the moment and all the carriers are bad at connecting to a specific tower. AT&T specifically is the worse with my Iphone 8+. However, I have also had issue with T-mobile at times wanting to insta lock to HSPA+ instead of the stronger LTE connection. It really is weird but usually a quick airplane mode cycle does the trick.

I'm using an LG G6.  This doesn't happen when I go indoors - as the signal does effectively drop and handoff to band 4 or 12 on a closer site because thtere literally would be 'No Service' vs. unusable weak service.

As Dragon1562 posts - and T-Mobile is aware of - this requires one of a few things to fix the issue until T-Mobile deploys band 2 on a closer site:

2.  Disable VoLTE and force a call (which would force the phone to HSPA+)

3.  Use field test mode to force the phone to HSPA+

5.  Put cellphone into a faraday cage / shield it from 'weak' service which will force it to a closer site.

Here's the 'bad' handoff - will hang onto band 2 until unusable.  Same location. 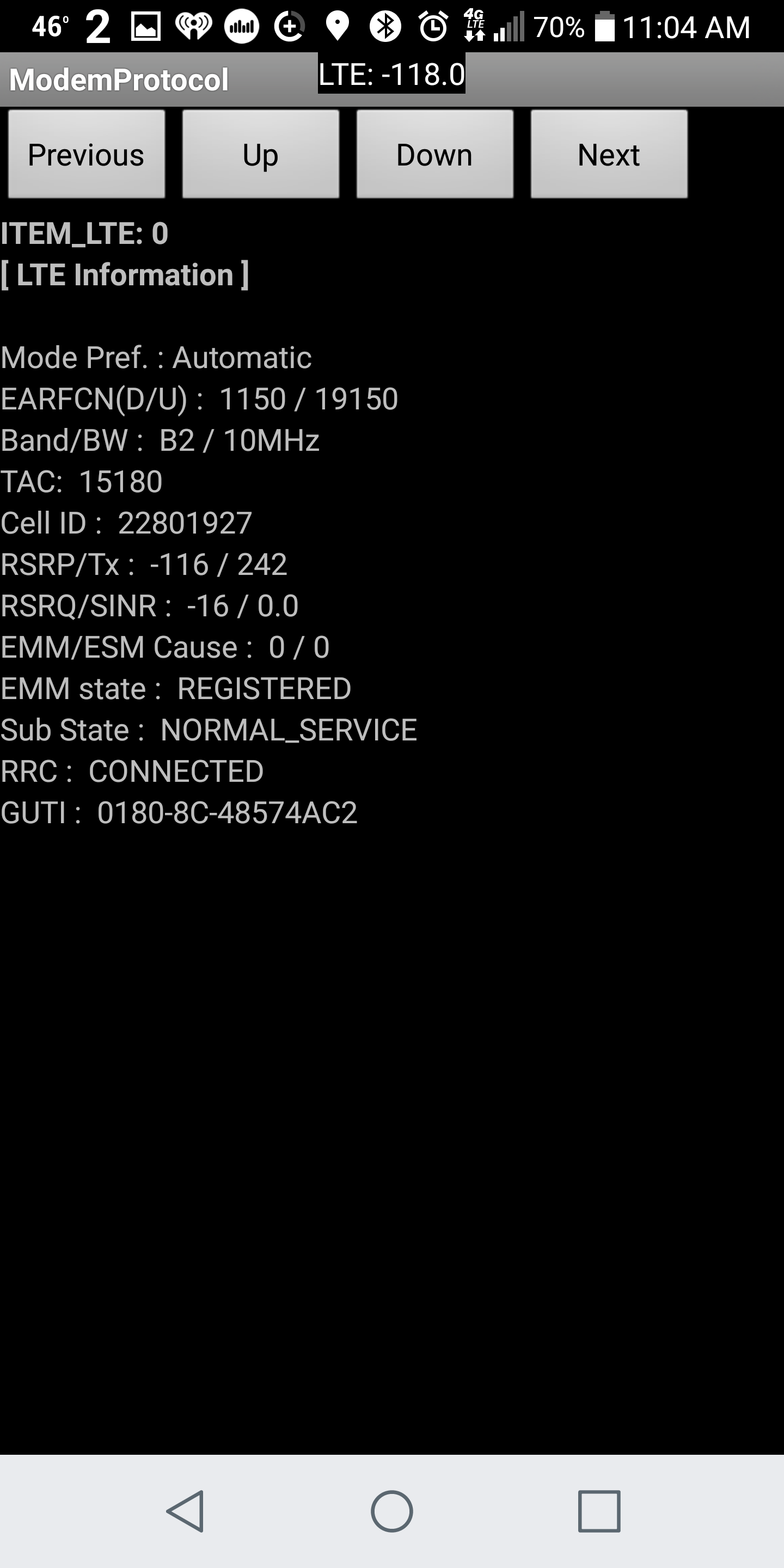 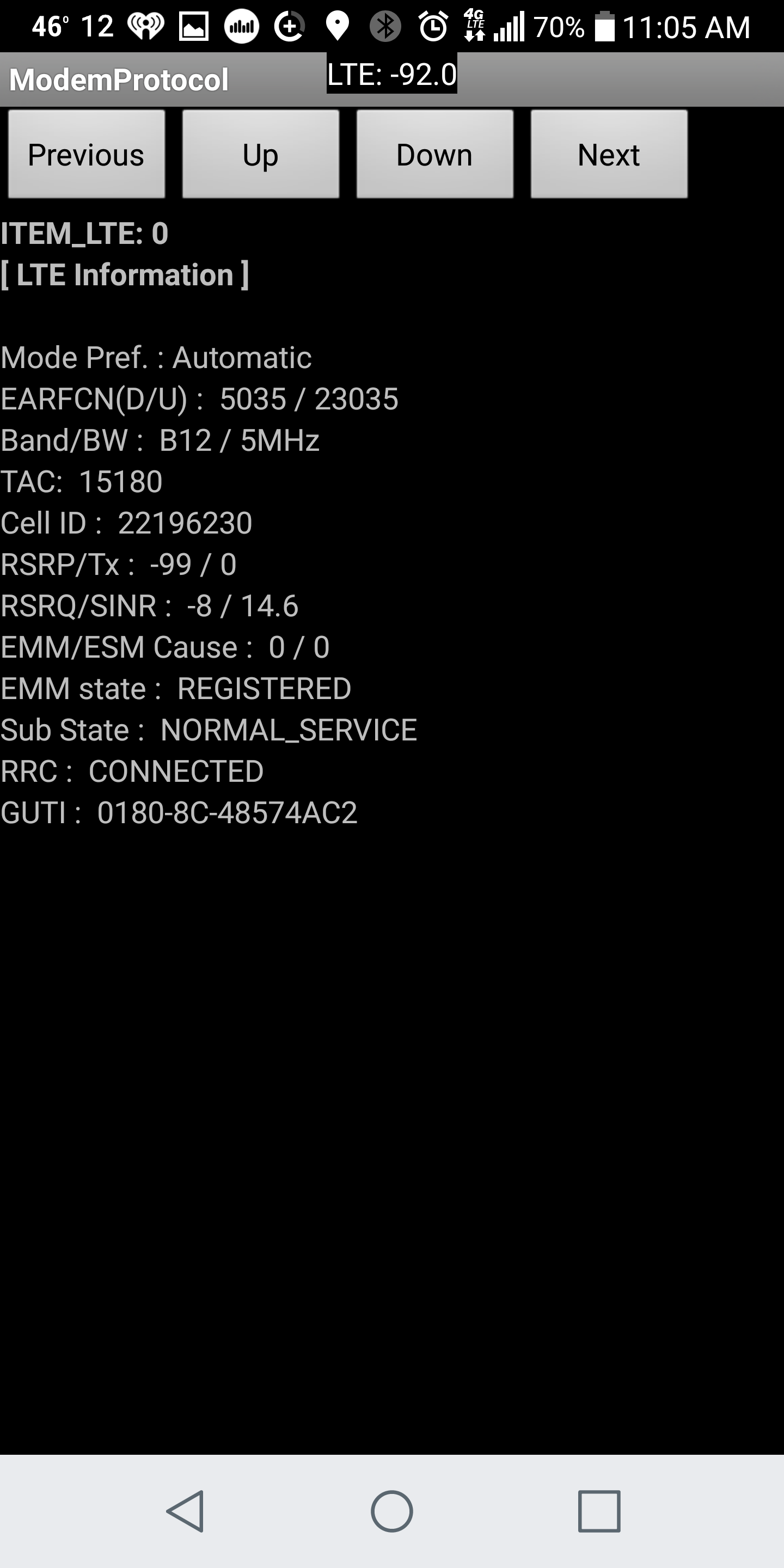 Well, it looks like T-Mobile is dropping the ball again.  Their 'scheduled' upgrade appears to not exist any more, and I'm still with failed handoff in my area.  Its 4 months now T-Mobile.

I've sent a letter to 'John' for an executive response.  Worse case, I have the local engineer's number.

The temporary good news.  John / Neville escalated to local RF team.  I was able to speak with an RF engineer, and they were able to make some adjustments to allow for handoffs.  It 'was' handing off at -118dBm, they lowered the threshold to -115dBm, and it made a world of difference.

Now, instead of having to wait until I go indoors for a handoff, it will hand off up to 2 blocks away, where streaming actually works, even if its not the greatest.

If they handn't tuned it... Upload would be at 0, and would stay this way until I forced handoff or went indoors.

Glad to see progress was made and I actually experienced this issue for the first time. I had to call in to T-mobile to get my phone to fix itself since a simple restart would not suffice. T-mobile really needs to work on improving this across the board.

In my area it didn't happen all the time, but it did increase a lot depending on which sites had band 2 added, and it only happened it my phone was using band 2 as the primary... because my neighborhood's site lacked band 2.

This will 'eventually' disappear when the site is updated.  It will be up to 2 more months before they complete.  Since they have fixed the handoff issue by lowering the threshold, it'll do until they complete the upgrades.