Switched to T-Mobile 5 days ago and have contacted support a few times, and one of the times i was sent a signal booster to try to improve "coverage in the home". Well anyway, there's nothing to improve. There's No Service inside, outside, and almost a mile away still no service. Randomly, sometimes we receive 4 bars of LTE inside the house but it disappears after a couple minutes, and when it showed up, I did a speedtest to see if it was a quality signal, and got 30ms ping and 20mbps download, but then it went back to No Signal. The zip code is 95547, and here are some screenshots of the coverage map and something called an MVNO map that I was told to look at, but both say excellent signal and the phones we have are 4 iPhone 8+'s and 1 Galaxy S8+, both saying I should have good coverage. I've heard stories about T-Mobile not working indoors which I was expecting could be a problem when switching, but it becomes a real problem when there's no signal outside for almost a mile away. We've been sent a signal booster as I said, and trying all different spots in the house, it has no bars lit up green, and it said that you need at least one bar on it for it to work. Technical support said all the towers in the area are working fine, but that brings up three questions. Why do I have no service in a spot where it says excellent coverage, why do I have no service in a near mile radius, and why do I randomly receive 4 bars of LTE inside my house that vanishes after a minute or two? I've contacted T-Force on twitter and they suggested sending a Wifi box or something but I want coverage that works not some shoddy temporary solution. 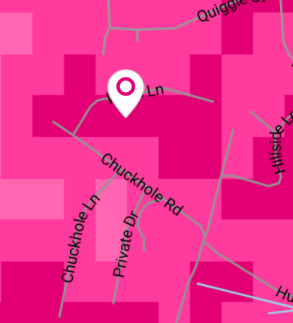 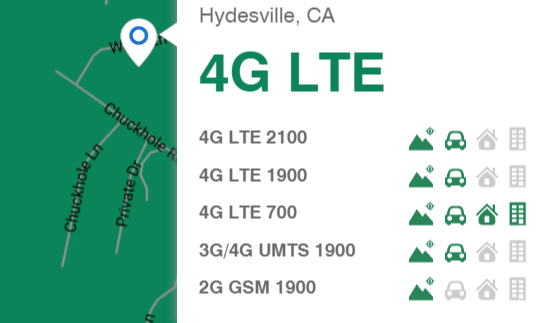 Update: T-Mobile reached out to me and created a service ticket to investigate the problem, which isn't solved but at least things are moving now.

Glad to see there was some traction with a service ticket!

I know it's been a few days but have you heard anything back from your ticket? That's awesome you got one filed so I'm sure that'll help get things going to get this resolved for you.

How do I check on my ticket ? I don’t know where/what to check 😕

Sorry for the confusion. Do you have the ticket number? If not, you'll want to Community-2153 and have our Tech Care folks look it up for you. They can check out the engineering notes and give you more specifics on it.

I have a similar issue.

Just switched to T-mobile with 2 lines.

The Publix supermarket has 1 bar in the parking lot, and in the middle and rear of the store, nothing.  No service.

Have 12 days left on service guarantee.   Hope this can be fixed.  I had same problem 5 years ago with T-mobile and had to cancel service.  I was shown the map and convinced it was fixed.  Apparently not.

Here's a link to the store and address

Sounds like we may need to file a service ticket for you. 😊 If you can, please Community-2153 so we can collect some info from you and file a ticket!

Do be too surprised if it takes a while.  Those coverage maps have the caveat of 'does not always mean you have service' even if its outdoors.

I think you only have 14 days to cancel service.   Sounds like you need to change services.   Too bad you didn't verify ahead of time there still was no service before switching.

I did as others suggested including tmo_lauren and filed a ticket.   14 days have passed and no action.

Tech Support says they are supposed to respond within 3 days.  And that's all TS can say.

Been promised 3 call backs, none have ever happened.

So much for the un-carrier.

I would recommend one of a couple of things:

1.  If its only inside - I'd recommend asking T-Mobile to send you a cell booster.  If you have service outdoors this should help (in theory)

2.  If service is really sporadic - regardless - escalate.  You know have a similar situation to what I experience near my area.  Covered area with no service... but T-Mobile claiming there is some.

3.  One approach is through Twitter or email to John Legere himself (note you will most likely get a call back from Executive response team from the John Legere email).

4.  Lastly - BBB.  This will get the attention of Executive response team. and you will have a written history.  I'd recommend this as a last resort.

Out in places like this (near Eureka), I'm expecting that most users are

Yes - coverage maps are 'estimates' - typically based on mathematical models and 'should' be fairly accurate in rural areas.

The idea of getting ERT involved is twofold.

1)  Its possible that T-Mobile has outages in your area - left hand doesn't speak to the right hand.  This is true in even the Uncarrier.

2)  If you're past your 14 day trial, and you were waiting on T-Mobile to 'fix' an issue - they can have you return your device and cancel service w/o having to pay for service 'under repair' or 'waiting for a trouble ticket'.

Sensorly.com shows 'weak' coverage  on the main road not far from you ( someone mapped coverage on CA-36).  Verizon shows just as weak, and AT&T shows a bit stronger than T-Mo.

I hadn't realized the OP was in Eureka.   TM does NOT really offer coverage in northwestern Ca.  There is coverage in Eureka and a few towers in towns going south. No solid coverage til you get near Santa Rosa.  No real coverage going north to and thru southwestern Or.  Hit and miss coverage.  Part of the problem is caused by very thick forests- lots of redwoods.

Verizon has, by far, the most coverage.

I looked up the zip on sensorly to get a gist of what would work... AT&T in that immediate area appears to cover it best, albeit none of them are 'great'.

I used AT&T up there about 5 years ago, and had service.   Although it was nothing between Legett and Fortuna back then.

It looks like Hydesville is actually a couple miles from US-101 near Fortuna.  I suspect that the sites covering it are on the 'other side' of the hills nearby, and as you put it - redwoods can be pretty thick.

To the 'op' - I'd recommend checking on howardforums.com - look for an op there named 'ilvla2' - just mention Ukiah or Humboldt county - he'll tell you where the actual sites are.

Switched to T-Mobile 10 days ago and have contacted support a few times, and they make excuses. There's No Service inside, outside, and almost a mile away still no service. I can’t be head when I make calls the phone call drops I’m starting to think it was a mistake to switch all my family over.