I'm on a business trip here for 6 month in Japan, I currently have Simple Choice North America UNL 4G LTE + 14GB Smartphone Mobile HotSpot Family Match 4-12 lines Promo. I have a LG G4 cellphone. I want to make sure my settings are where they are suppose to be. Can Anyone help me out.

As long as your phone supports the frequencies (and the plan is "postpaid" credit check) just make sure data roaming is turned on and you should be good. You can enter the country and your device in the link below and it will tell you if your phone works in Japan, especially since Japan frequencies are a bit rarer than the ROW.

As long as your phone supports the frequencies (and the plan is "postpaid" credit check) just make sure data roaming is turned on and you should be good. You can enter the country and your device in the link below and it will tell you if your phone works in Japan, especially since Japan frequencies are a bit rarer than the ROW.

The G4 (T-Mobile H811) has HSDP band 1 (2100), so the phone should roam in Japan. It also has LTE band 7 which may work in Japan. You should have free data throttled to ~128 kbps but no tethering. If you need to tether, you should buy a "high speed data pass". Note that roaming has been reported to be cut off after about 6 months without logging onto a T-Mobile (US) signal. So, you may be cutting it a little close. Remember that calls to and from the US are free over WiFi. You may want to have some sort of backup plan. In the past, it has been very difficult for foreigners to get prepaid cellular service in Japan.

YMV. I have two smartphones. A MotoX and a Galaxy Note 4. The MotoX is an unlocked ATT and T-Mobile Note 4. The data on the MotoX has been flawless, from Hong Kong, Macau, Taiwan and Japan..  Mostly 3G.  However, the Galaxy Note 4 only got data in HK.  No data roaming in Tokyo,  Hakone. In Kyoto , I got 4G. In Osaka, I stayed on a 20th floor apt, I got 3 and 4G in the apt.  Once I got to the street level, no data roaming was available , even in an open area like parks. Voice and text worked fine.

I'm surprised about the Note 4. It should have UMTS band 1 and LTE bands 1 & 7, which should have given good service in Japan.

I am in S Korea. No issues here. I am getting 4G roaming in Busan and Seoul on both MotoX and Note 4.

Can you determine which bands your phones are using? 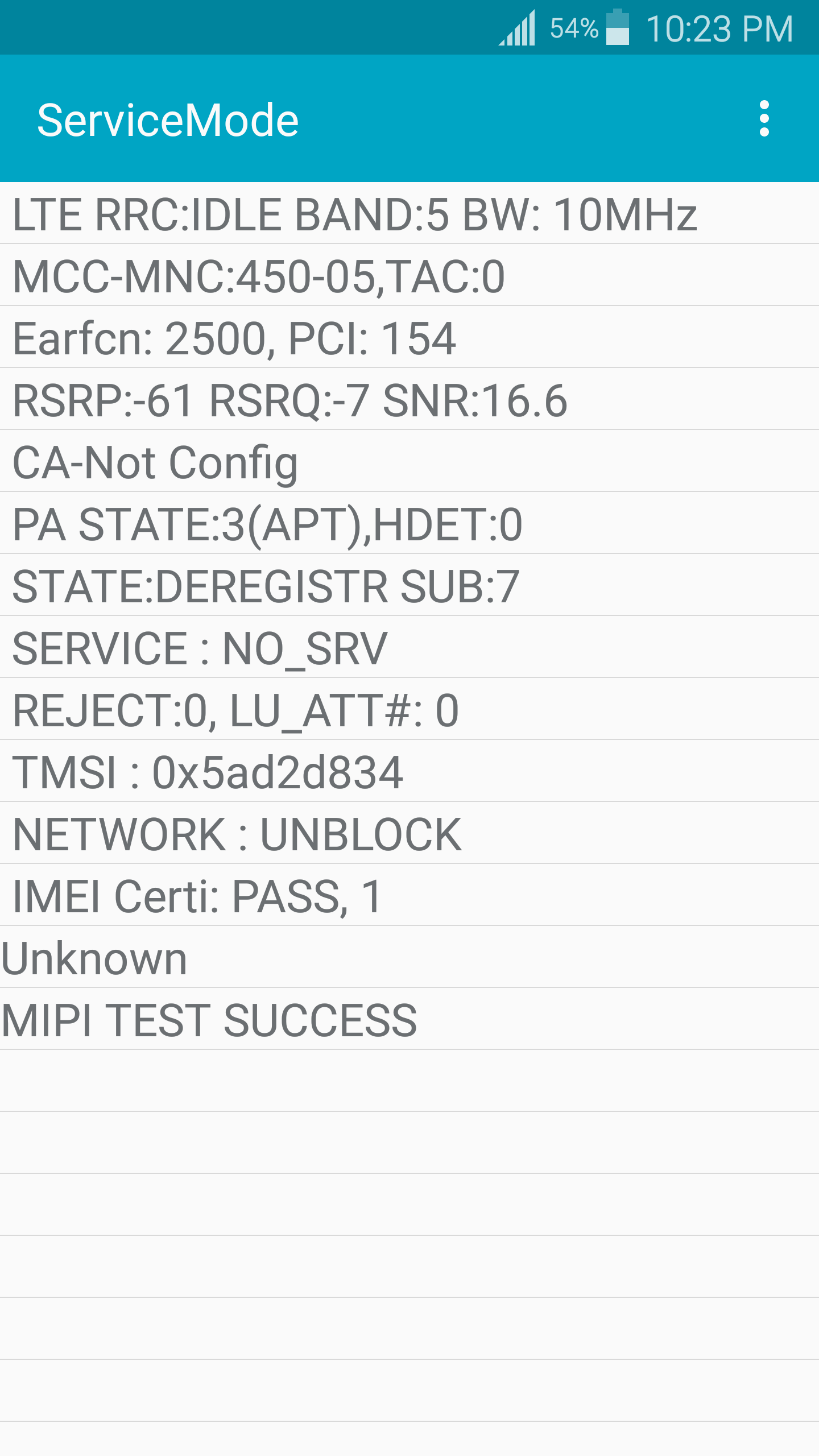 I got data roaming the first day. Overnight, I lost data most of day.  Only a few spots got data.  The screen shot is when it was not getting data roaming. I will check next it works.

Thanks for the information. It seems that LTE band 5 (850 MHz) works in S. Korea.

So why do I not get data roaming? Is the Note 4 defective? The strange thing is that both of the devices lost data roaming overnight. The MotoX started working consistently again but the Note 4 has same issue as in Japan, mostly not getting data roaming.  I am wondering if they are throttling T-Mobile SIM cards

Generally, the first thing to try is to manually select a different carrier. It also helps if you have a "ping" utility to confirm if you actually don't have data.