Just set up my LineLink a few days ago.

It regularly drops both incoming and outgoing calls after a variable amount of time, always preceded by 3 beeps.

I've checked my connection speed and quality and it meets the T-Mobile standards.

Anyone else had this problem?  What was the solution?

I appreciate you and keeping this thread updated. I'm still working with our LineLink team to get to the bottom of this. I promise to keep y'all updated on the outcome as many users depend on this service.

@tmo_amanda Not sure where we stand on this issue with the LineLink team, but I noticed some recent changes to the performance of this service.

It has considerably been degrading;  I'm now consistently experiencing call drops in less than 4 minutes top.

This LineLink® has become totally useless.

Ouch! Thanks for the update. I am passing that info along in hopes that we'll get to the bottom of this sooner rather than later.

FYI - I called tech-support once again today to get a status on this issue.

Same answer; engineering keeps closing the ticket we file with the mention: NTF (No Trouble Found)

Okay, after 4 months trying to get to the bottom of this, I've finally decided to use my time and energy elsewhere.

I called customer support yesterday and canceled my service.  Comment from tech support; "engineering know there is a problem and are trying to work on it, but it's way down their priority list, they might fix this issue one day, we just don't know when".

Good luck to all LineLink® users.

I've been having the same problem since March when T-Mobile went from the router to the Link-Link gadget - - - which I think is more like a cheap version of the Magic Jack.  I have DSL, and was told that it is because it fluctuates up and down, and if it's down when I'm on the call, it'll drop.  I have a good mind to just get a cheap cellular and go back to an AT&T land line, even though it wouold be a few more dollars.  My girlfriend refuses to talk to me, cause every time we're on a call, the call drops and she can't tell and talks to herself.  I had the T-Mobile router from 2008 to March 2017 and never experienced dropped calls.  This Linke-Link think really sucks.  I wish they'd go back to the router.  No problems there.  I still have the router, but they could not furnish me with a SIM card that would work with it since it no longer supports the D-Link Tmobile router.  Shame on you, TMobile!!!!!!!!!!!!

I've been having the same problem since March when T-Mobile went from the router to the Line-Link gadget - - - which I think is more like a cheap version of the Magic Jack.  I have DSL, and was told that it is because it fluctuates up and down, and if it's down when I'm on the call, it'll drop.  I have a good mind to just get a cheap cellular and go back to an AT&T land line, even though it would be a few more dollars.  My girlfriend refuses to talk to me, cause every time we're on a call, the call drops and she can't tell and talks to herself.  I had the T-Mobile router from 2008 to March 2017 and never experienced dropped calls.  This Linke-Link think really sucks.  I wish they'd go back to the router.  No problems there.  I still have the router, but they could not furnish me with a SIM card that would work with it since it no longer supports the  Tmobile@Home router.  Shame on you, TMobile!!!!!!!!!!!!  Bring back the router system - - never any problems!

T-Mobile, you're doing nothing about this.  Still having dropped calls with 3 beeps.

I have been having same issues with my Linelink service.  No satisfactory resolution from T-Mobile.  I am not going to waste any more time with T-Mobile.  Planning to switch to a service called OOMA .... you just buy the router for $100 then your monthly service is free forever (you just pay few bucks for taxes each month).  My parents use OOMA and have had very good luck with it.

OOMA is the way to go.  T-Mobile has decided not to support the linelink service.

I'm experiencing the 3-beeps of death too. They forced me over to the new line link device, slick looking thing, but now I'm being dropped on almost every call at different times. I'm probably going to drop TMO altogether if they give me the run-around y'all have had. :-/

Just adding another voice to the thread.  Volume speaks.  We don't receive many calls via the Line-Link ... but, without exception they all terminate at around 5 minutes.  I found this thread while searching for a fix.  About ready to switch back to AT&T.

I'm truly sorry this thread has fallen silent with no answers. While some of you may have disconnected your LineLink accounts, some of you may still have them active. An Engineer ran across this thread and wants to get to the bottom of why this is happening. Please let me know if you're still experiencing the same issue and I'll send you a private message to collect a few details that are needed to investigate this.

yes, I'd be interested to get to the bottom of this as well, at least and if anything, so this whole effort doesn't go into waste.

Great, ! I'm sending you a PM now. You can check your inbox here.

I recently got the linelink, transferred my Straighttalk home phone number to it and have had a few instances of hearing the 3 beeps and then the call drops. There was also one instance when someone called and was leaving a message on my answering machine but there were 3 beeps and the message ended before the caller was finished. This is unacceptable and I'm considering moving back to the Straighttalk home phone.

First I must say that I am elated to find this thread as I have given up on LineLink months ago and there is a glimmer of hope that this issue may get resolved thanks to the many posters here and in particular pchevallier.  I have not cancelled my service mainly because it is tied to a number which I have had for 32 years and fear losing it in the shuffle away from LineLink.  As with all of the posters in this thread I've jumped through every hoop discussed here without a resolution.  I cannot think of any remedy I have not tried including replacing the unit, the sim card, routers, cables, phones, and ISP's.

So, I am going to be a gawker from here on, in the hope that T-Mobile resolves this issue.  Should I see any other remedy posted here I will gladly try it and post my results.

FYI:  I started with @Home shortly after its launch and it was rock solid from day one.  I still have a brand new Linksys @Home Router sitting on the shelf!!

Thanks to all for keeping this issue alive. 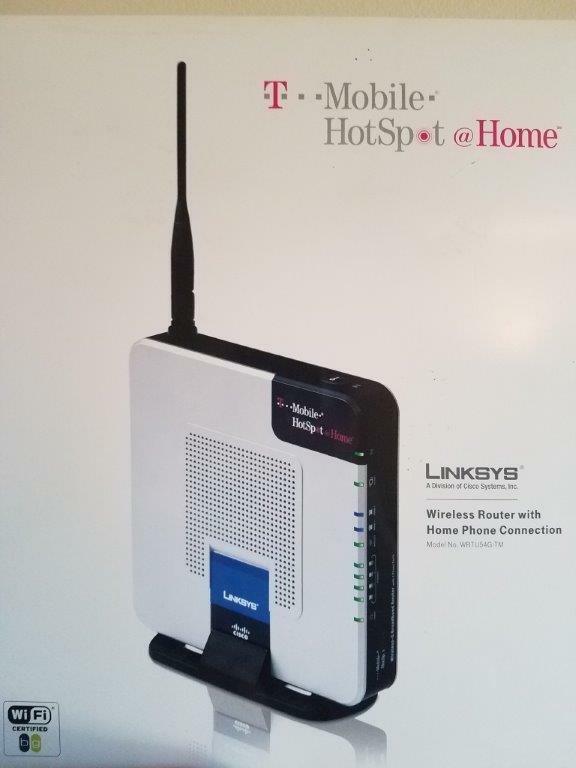 I am contacting you in the hope of reviving this thread.

I've been experiencing the same issue. Like the other posters, the problem is tied to calls to specific, non-T-Mobile phone numbers. Both outgoing and incoming calls are affected. I have an open support ticket on the problem; is there anything else we can provide? When it works, the LineLink is a great service, but unfortunately it doesn't work reliably enough for me to be able to keep it much longer unless this is resolved.

I'm also experiencing this problem is this going to fixed?  I've tried different ISP's and plugging the device directly into the modem and numerous reboots, I've been experiencing this issue since I got Linklink a year ago.

Back in October, as you can read in the conversation with Amanda, I was contacted directly to figure this out directly with engineering.

After few days of investigation engineering apparently checked into this issue and apparently found the reasons for the call drops. Though not sure it was the one we experienced they claimed to have a fix for this issue and would roll out a new firmware to our units during the November roll out.

Unfortunately two months have passed since then and like you guys, I am still experiencing the exact same issue you guys are.

I've ping'ed Amanda twice these past couple of weeks but she has gone completely MIA.

Conclusion; no still no fix.

I keep using this unit for incoming calls and/or toll-free calls which for some reasons, works flawlessly in this particular case.  I just can't have a reliable outbound call to anyone outside of TMO (which is 99.9% of my contacts). I use my cell phone for those calls.

Is there any resolution to this?  My wife has been bugging me about dropped calls just like this.  As recent as today.  We’ve tried the Internet connection (both AT&T and Comcast), and even swapping out to a Google WiFi router.  It’s frankly really irritating, especially if you’re on hold for a while and your call drops.

Not for me. Supposedly I have an open ticket about this, but am just getting endless runaround about checking parameters of my network connection. If any T-Mobile engineer happens to read this message, the issue is almost perfectly reproducible by calling any line provided by UberConference (which lines work perfectly on any non-LineLink telephone service). I'm giving this one more week and then cancelling.

Hi all. I'm glad this thread is here. I started using LineLink in December (a little over a month ago). I have regularly observed this "three beeps and drop" problem as well. Tech Support was no help, but I was able to point them to this thread, so they could know it wasn't just me having this problem. This morning LineLink was stuck in a new fault state: any outgoing call would go through, but drop immediately (the receiving end would see the incoming call with Caller ID, then "call failed" after a second, before the call could be answered). Incoming calls would go directly to voicemail. Rebooting the LineLink seems to clear that condition. At this point, the service is not reliable enough, obviously. Looking for other solutions for VoIP.

I also recently noticed this degradation of service and I've had to go through a complete reboot of the Linelink every day for the past week or so to clear this problem.